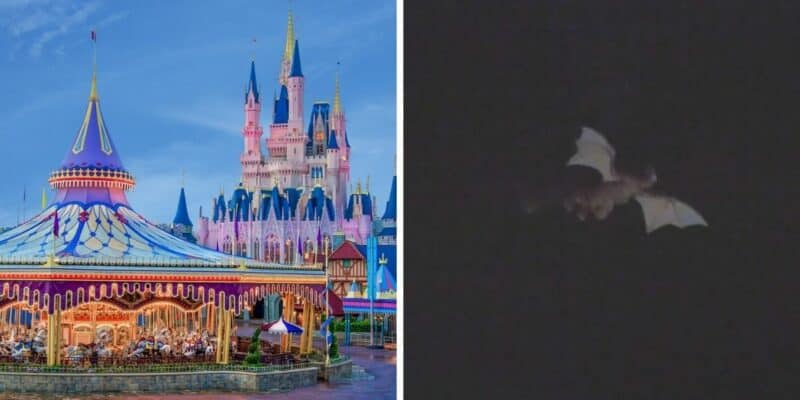 New Fantasyland is actually the most recent expansion of Disney’s Magic Kingdom, which officially opened to Guests on December 6, 2012. The New Fantasyland expansion adds on to the Park’s original Fantasyland area and is home to Under the Sea ~ Journey of The Little Mermaid, Be Our Guest Restaurant, Enchanted Tales with Belle, Ariel’s Grotto, Gaston’s Tavern, Bonjour! Village Gifts, and Seven Dwarfs Mine Train.

Well, did you know that to celebrate the opening of this brand-new expansion of Magic Kingdom, Disney actually released a dragon to fly over the heads of Disney World Guests?

How cool is that? An actual dragon flying over the heads of Disney World Guests is truly a surprise and something you do not see everyday.

In case you aren’t familiar, New Fantasyland also includes the Storybook Circus section, which is home to Barnstormer – Starring the Great Goofini, the Casey Jr. Splash & Soak Station, and Dumbo the Flying Elephant.

Did you know that Disney flew a dragon over Guests at Magic Kingdom to celebrate the opening of New Fantasyland? Were you there on this day to witness it in person? Let us know in the comments below.

If you want to visit Walt Disney World to experience everything the parks have to offer, but aren’t sure where to begin planning — Don’t hesitate to reach out to our friends over at Academy Travel.