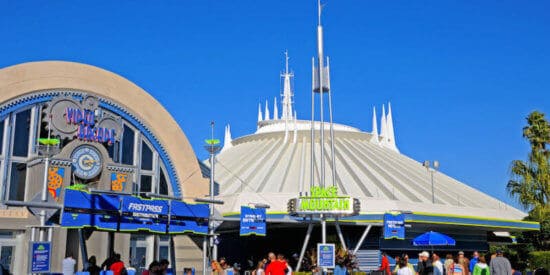 When visiting Walt Disney World there is so much to look forward to and expect. From thrilling rides like Space Mountain and Expedition Everest to delicious restaurants like O’hana and Hollywood Brown Derby, Guests can expect an amazing time on their Walt Disney World vacation.

One thing that Guests can also expect are crowds and super long wait times. Disney’s attractions are popular and thousands of people want to ride all of the classic rides like “it’s a small world” and Peter Pan’s Flight, so expect to wait a little bit when visiting the Walt Disney World Resort. However, many Guests are wondering if Disney Genie+ has added to their wait times in the Disney Parks.

Disney’s Genie, Genie+, and Lightning Lane services are the recently-introduced systems that were implemented in order to help Guests better plan out their vacations and avoid long lines. This new system is available in all four Parks including Magic Kingdom, EPCOT, Hollywood Studios, and Animal Kingdom. Lightning Lane allows Guests to book a one-time-use FastPass, allowing them to skip the regular standby queues. Theoretically, this system should help all Guests by making lines faster but in practice, this sometimes isn’t how things go.

For $15.00 per day person at Disney World or $20.00 per person per day at Disneyland, you can skip one standby queue at a time by booking your reservation for the Lightning Lane line, which is the new FastPass queue. You can only book one reservation at a time or one every hour, but remember to start this early in the morning as we have seen attractions sell out of Lightning Lane spots by mid-afternoon!

Disney’s Lightning Lane seems to be hit or miss sometimes, with Guests opting to switch back to regular stand-by lines when Lightning Lane gets backed up. Speaking of backed up, one Guest shared an intense backup for Space Mountain’s stand-by queue the other day. TikTok user Alex (@peters.quill) shared the video which you can see below:

Using Disney Genie should be as magical as the Genie himself from Aladdin, but some Guests have experienced quite the opposite while using it. We have covered Guests’ reactions and impressions of these new services since they were released last year. Many Guests have even experimented with the Disney Genie service themselves, letting it plan out their entire day.

The release and implementation of Disney Genie+ and Lightning Lane have been controversial, to say the least, with most Guests frustrated or confused by the new service. Many Guests have voiced their concerns and complaints about Disney Genie+ but many Guests have found success with using it as well for rides like Star Wars: Rise of the Resistance at Star Wars: Galaxy’s Edge and Flight of Passage at Pandora – The World of Avatar.

More on Space Mountain at the Magic Kingdom in Walt Disney World:

Have you had the chance to use Disney Genie+ or Lightning Lane? What do you think of the new services? Let us know in the comments below!