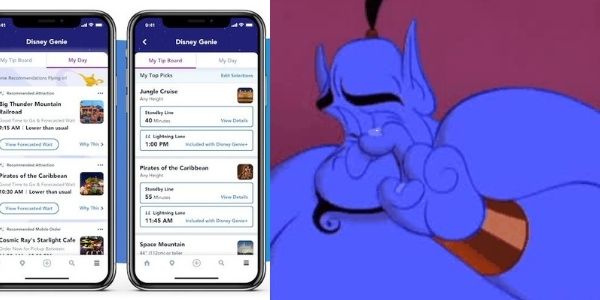 This is not even mentioning the controversial Lightning Lane system as well. Now, Guests are sharing their gripes with the Disney Genie service and app itself.

A Reddit thread full of Disney Guests recently gained traction after a Guest made the claim that the Disney Genie part of the My Disney Experience app layout and design are the “worst they’ve ever seen”.

See the full thread below:

App layout especially with the new Genie is the worst I’ve ever seen on any app.

App layout especially with the new Genie is the worst I’ve ever seen on any app. from Disneyland

Many Guests flooded the comments to share their opinion on this controversial new addition to Disney’s lineup of services. User u/NotTheRealPrince said:

As a software engineer who designs mobile apps, I couldn’t agree more. The app design is horrendous.

Many in the comments specifically noted how hard to see and non-user-friendly the Genie app is, calling it “non-intuitive”. User u/WoodFiredPizzaIsGood shared a similar sentiment:

I completely agree, that’s one of the biggest issues with Genie+. The option to buy Genie+ in the first place is kind of hidden. And then the page to make selections is awful. It’s just very poorly designed and unintuitive. I think trying to combine the free Genie system with lightning lane was a mistake because it is not only confusing but makes the app very convoluted. Especially since the free Genie system is so useless. I wish they just kept the same interface as Maxpass and left it at that.

Also, genie plus is terrible. I miss maxpass. Plus, if you don’t get it for the day, the standby wait times are absolutely ridiculous now. Good job Disney

User u/it-works-in-ksp commented about the various bugs and glitches they’ve experienced in the app:

I’ve had weird bugs with dining reservations disappearing, as well as one that are weeks past reappearing. I never had either issue before Genie was added to the app. Poor software roll out for sure (and that’s not even touching how terrible Genie is as a service even when it works).

User u/Mothstradamus explained the benefits of the Flex Pass:

The app was great when they had Flex Pass.

The reservation system and Genie+ are not user friendly whatsoever. They need to go back to whatever system they were using during the Flex Pass. 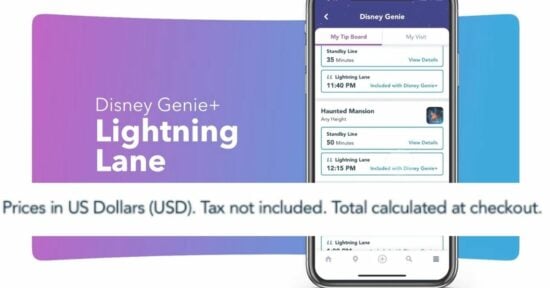 Find more on Disney Genie, Genie+ and Lightning Lanes below:

Introducing Disney Genie service and Disney Genie+ service, conveniently built into the My Disney Experience mobile app. Once you log into your Disney account, these services magically make your theme park visit easier and more fun. It’s like having your own personal genie in the palm of your hand.

Whether you’re a first-timer or a seasoned pro, Disney Genie can help you get the most of your visit to Walt Disney World Resort.

​​Our complimentary Disney Genie service creates your best Disney day inspired by your party’s top interests. It also grants you new planning features, including a personalized itinerary creator that seamlessly and smartly maps out your visit with updates that continue from morning to night. And, Disney Genie can even remind you when you’re eligible to make dining and activity reservations in advance

All of this being said, Disney Genie can be used as a great tool for those who are unsure as to what they should do next while at the Parks, and Disney Genie+ can give Guests the option to skip the standby queue for certain attractions, which even at a cost may be worth it to many.

What do you think of Disney Genie and Lightning Lanes? Do you prefer this system or the original FastPass system? Let us know below!