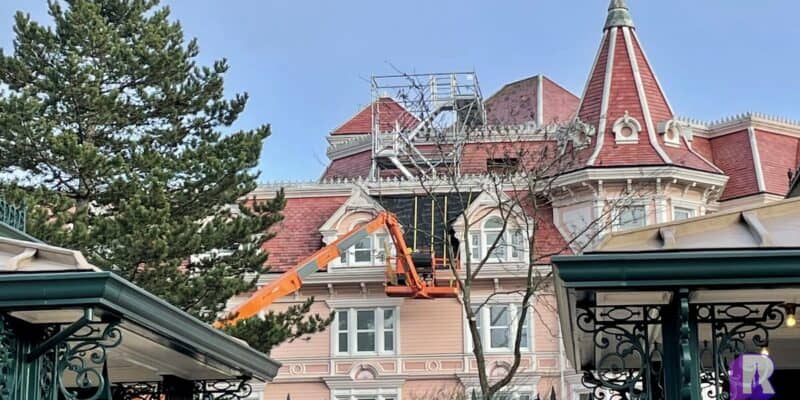 In just a few short months, Disneyland Paris will join Walt Disney World Resort on the anniversary train, and lots of changes are happening because of it.

On March 6, Disneyland Paris will be turning 30 years old and Guests cannot wait! There has already been stunning promo put out for the event and the Annual Passholder party for the dedication event sold out in hours. We have been seeing a lot of refurbishments take place on Disneyland Paris property including the massive refurbishment of Sleeping Beauty Castle.

That being said, the changes are not only happening inside the hotel, but on the exterior as well. We had reported that the lighting was being replaced last year and now, the facade is seeing some big changes including a removed roof to add new shingles, giving the Resort an extra pop!

The Disneyland Hotel facade refurbishment is moving forward, with work on an entire section:

🔧 The Disneyland Hotel facade refurbishment is moving forward, with work on an entire section: pic.twitter.com/Dz3i54ngaQ

Since the hotel is being refurbished, right now, a great option is to stay at Disney’s Hotel New York – The Art of Marvel or Disney’s Newport Bay Club!

Do you want to visit Disneyland Paris for the 30th anniversary?