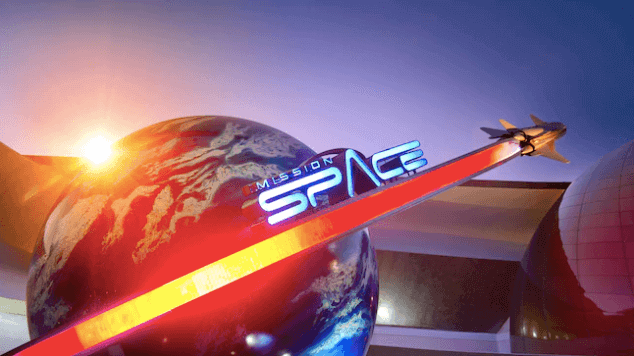 There are two types of people in this world — those who love Mission: Space, and those who don’t.

If you are not familiar, Mission: Space takes Guests on a simulated NASA-style mission to Mars, also known as the orange mission, or if you are looking for a more gentle ride through space, you can opt to take an orbit around the Earth, known as the green mission.

Well, one time a Disney World Guest decided to brave Mission: Space, but things did not go according to plan.

We recently reported on how one Reddit user told the story of their panic attack while on Tower of Terror, thanking the Cast Member who helped them after they got off the ride. Well, the thread has now brought many other Disney fans together, all telling their stories on unfortunate experiences at Walt Disney World.

One Reddit user, hihelloneighboroonie, commented on the thread explaining their experience on Mission: Space. They began by explaining how, despite being mildly claustrophobic, but they do love thrill rides, and had even ridden the orange side of Mission: Space before. If you are not familiar, Disney describes the orange mission as:

Hurtle through space on an out-of-this-world experience thrill-seekers will love. The Orange Mission uses a centrifuge that spins and tilts to simulate the speed and G-forces of a spacecraft launch and reentry. Orange Mission offers astronauts 44” and taller a more intense experience.

Guests who wish to experience the Orange Mission should be in good health and free of high blood pressure, heart, back or neck problems, motion sickness, or other conditions that could be aggravated by this adventure. Expectant mothers should not ride either Mission.

Well, the Guest decided to go on Mission: Space again, and when they loaded into the orange pod, they pulled down on their harness and accidentally put it on too tight. They did not say anything as they figured it was a quick ride and it would be over soon; however, that was not the case.

“There was a delay. A significant delay,” they wrote in the Reddit thread. “The little air vents were moving around baby hairs on my hairline and tickling my forehead, but my harness was so tight I couldn’t move my arm far enough to move my hair/touch my face. Nor could I take a deep breath.”

They continued to explain how a recording came over the loud speaker, informing Guests that there was a delay in launch, but the ride would begin shortly. Though, again, this was not the case. In fact, they said they waited 30 minutes.

“I kid you not, this went almost 30 minutes,” they wrote. “While I’m progressively getting more and more uncomfortable, air blowing on my face, hair tickling me, seat too tight can’t breathe properly (I’m very sensitive to, well, sensory stimuli).”

They continued, “Our podmates start to joke around about how, if we had an emergency and needed to exit, they weren’t sure if anyone would come to open the door. The female of the couple began to jokingly shout, “Help! Help! We need help! We need to get out!” or something like that. And nobody came.”

This caused the Disney World Guest to panic, understandably, and they were not able to take a full breath. The shallow breaths that the Guest could take only fed into their anxiety. Luckily, the ride eventually started up and they made it off of the ride okay.

However, the Disney World Guest said, “I’m not sure I’ll ever go on that ride again.”

It is important to note that Disney does warn Guests against motion sickness for rides like Mission: Space. The website, as well as signage near the entrance to Mission: Space, reads:

This experience is optimal for those prone to motion sickness or uncertain about which level to choose. Expectant mothers should not ride either mission.

Do you enjoy riding Mission: Space? Let us know in the comments below.

Comments Off on Disney Guest Once Felt Trapped on Mission: Space, May Never Ride Again