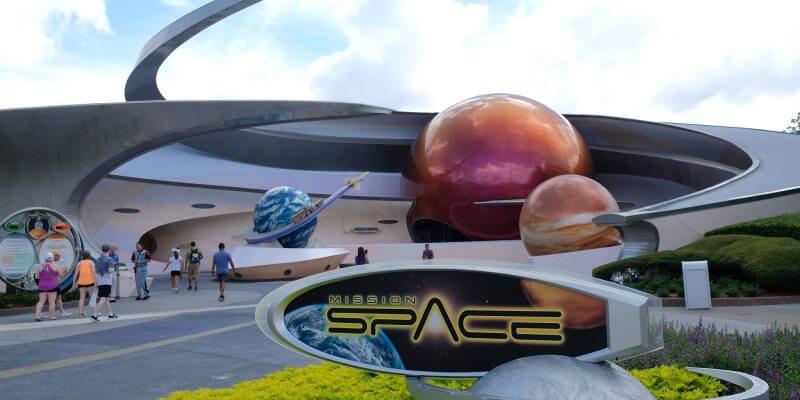 Epcot’s Mission: SPACE is set to officially reopen on August 13, 2017, but today the park debuted its new adventures a couple days early.

The classic attraction had been down for refurbishment as the ride gained new experiences. The galactic refresh includes now actress Gina Torres in place of Gary Sinise.

You may be most familiar with Torres from “The Matrix” series, the voice of Ketsu Onyo on Disney XD’s“Star Wars: Rebels,” and from the cult classic show “Firefly.” Now, Torres is your guide on this interstellar mission that takes guests of Epcot to space. Torres is featured in both the pre-show and as your guide throughout the ride. The “Green” (non-spinning) side now has an all-new mission as well that sends guests soarin’ over Earth.

This new mission takes guests on an orbit around Earth, including sights of the Hawaiian islands, the “boot” of Italy, and the Northern Lights. The Mission ends by landing at the Kennedy Space Center in Florida. The Green Mission is more kid-friendly because of the addition of new X-2 booster seats, allowing kids 40-44″ to ride.

The Orange Mission also received an update, enhancing the classic experience with new HD video. In the Orange Mission guests get to feel the force of an actual space launch and slingshot around the moon, dodge meteoroids, and make a tricky landing on Mars.