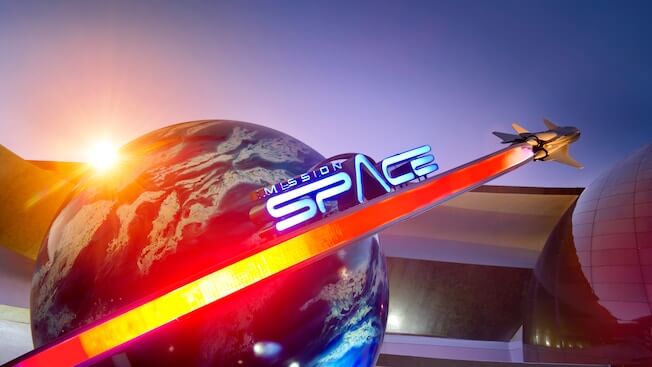 A new Mission: Space mission was announced during D23 Expo 2017, and today Disney announced the revamped ride will reopen on August 13.

The new family-friendly Green Mission takes guests on an orbit around Earth. The tour from space includes sights like the Hawaiian islands, the “boot” of Italy, and the Northern Lights, and ends by landing at the Kennedy Space Center in Florida. Younger explorers can now ride Mission: Space on the Green Mission side thanks to the addition of new X-2 booster seats, allowing kids 40-44″ to join the fun.

The Orange Mission is also getting an update with new HD video, making the thrills even more thrilling. Guests feel the force of an actual space launch and slingshot around the moon, dodge meteoroids, and make a tricky landing on Mars.