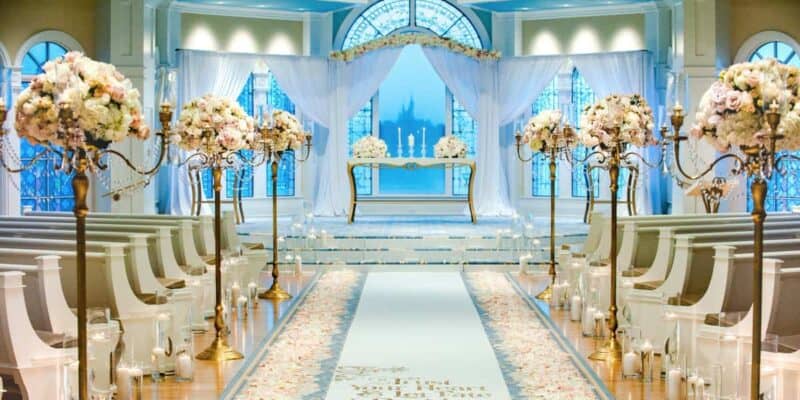 The idea of having a Disney Fairytale Wedding is a dream for many a Disney-loving bride-to-be who wants to feel like a real-life Disney Princess, if only for a day.

Related: Say “I Do” to 30 Years of Disney Weddings With New Dresses!

One Walt Disney World Resort bride, however, did not have the most traditionally magical experience on her big day at the flagship Disney theme park property.

Per an Instagram Reel posted by Cookin’ With Megg, and originally shared by an anonymous source who reached out to her:

“When I worked at Disney, we had a wedding where the bride made everyone flip the plates over before the dinner. Each one had a different picture of the groom with a different girl. She kicked him, his friends and family out. And celebrated not getting married. One of the wildest parties I’ve seen!”

A post shared by Cookin With Megg 👩🏻‍🍳 (@cookinwithmegg)

Commenters were obsessed with the bride’s unconventional event, with geneticsbycalyx writing, “Maaaaaaan to have been a dude in a goofy suit for that party.”

Although the situation was undoubtedly a little bit sad for the would-be bride, it sounds as though she handled it with aplomb and got her just desserts (and maybe some spare wedding cake) in the process.

Related: You Can Get Married on Disney’s “Castle on the Seas”

If you are thinking about planning a Disney Fairytale Wedding of your own, there are dozens of ceremony and reception locations you can choose from across Walt Disney World Resort in Orlando, Florida, Disneyland Resort in Anaheim, California, and even other Disney destinations, like Aulani, a Disney Resort & Spa in Ko’Olina, Oahu, Hawaii.

Let us help you design the wedding of your dreams. Your Disney Wedding Team will work with you every step of way to create a celebration that is uniquely you.

What do you think about this wild Disney World wedding story?