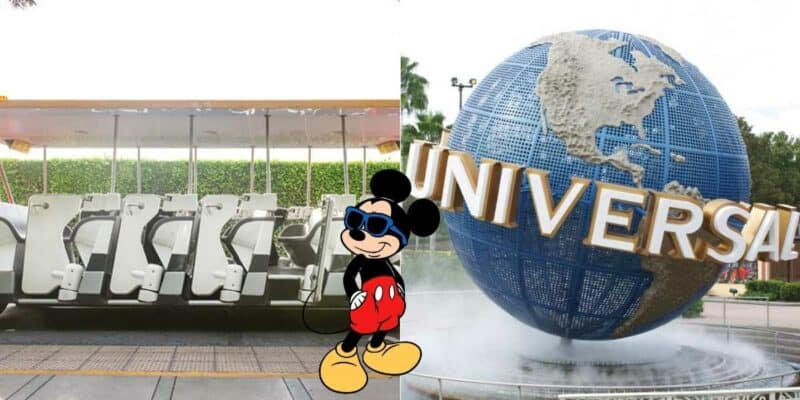 RELATED: After 33 Years With the Company, Universal’s CEO Is Retiring

We shared the big news yesterday that Walt Disney World Resort will FINALLY be returning their tram service after what seems like “for the first time in forever”! The trams halted operation when COVID closures began in March 2020. Now, in December 2021, the trams will resume at Magic Kingdom Park. Trams for EPCOT, Disney’s Hollywood Studios, and Disney’s Animal Kingdom will resume in 2022.

Of course, Universal takes Disney’s big news as a chance to hit social media with a little jab at the Mouse. Universal throwing shade isn’t anything new. Most recently, Universal took to Twitter to roast Disney for pausing its Annual Pass sales. Now, trams are the center of attention.

Interestingly enough, Universal Orlando Resort closed its Back to the Future: The Ride attraction in 2007 so they don’t have much of a reference to stand by. But, nonetheless, the best part of Universal attempting a jab at Disney is watching the reactions to the tweet. Here are a few that stand out:

RELATED: Why Disney Turned Down ‘Back to the Future’

We can’t wait to see what Universal has to say about whatever Disney World’s next big announcement may be.

Do you enjoy Universal’s regular jabs at Disney or do you prefer they move on? Let us know in the comments!