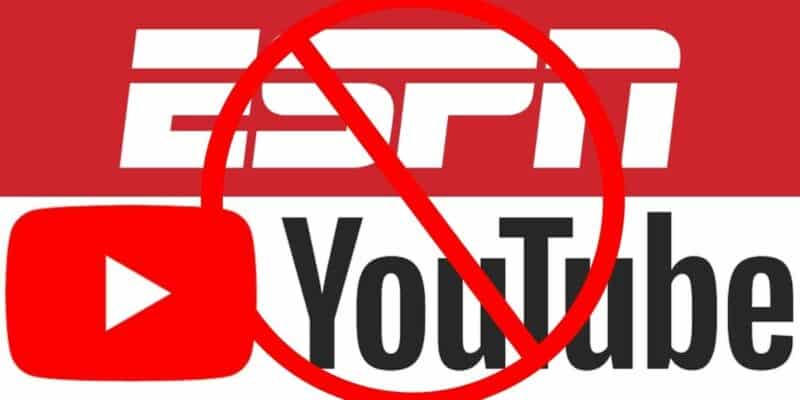 Disney+ has provided viewers with a vast array of entertainment since its launch in 2019, becoming one of the most financially successful aspects of the Walt Disney World company during the pandemic.

But with Disney’s ongoing streaming success, it seems other streamers are losing in the battle to keep Disney content.

Disney’s catalog of channels and networks — including ABC and ESPN — have been removed from YouTube TV after the Walt Disney Company and Google failed to forge a new deal before the midnight ET deadline this Friday.

Disney has seen major success with its new streaming service, with Disney CEO Bob Chapek seen by Disney fans to be moving attention to Disney+ and away from the quality of the Disney Parks.

With successful shows like Marvel’s Hawkeye, WandaVision, What If…? and Loki, as well as movie premieres like Cruella (2021), Pixar’s Luca (2021), and Black Widow (2021), Disney+ has seen new customers subscribe in their millions to watch its original content.

In fact, Disney+ has been so successful that just a few months after the streaming service first launched in November 2019, it forced the shut down of over 100 channels, including Disney Channel and Disney Junior, in various countries such as Italy, Germany, and Spain.

Now, Google has revealed to YouTube TV subscribers that its current contract for Disney’s content has officially expired and that all Disney elements will be removed from the service. Additionally, all YouTube TV subscribers have lost access to any previous DVR recordings from the Disney channels, while some customers reported losing the content halfway through a basketball game airing.

YouTube TV and Disney’s partnership ended Friday, December 17 at 11:59 p.m. after negotiations to renew their partnership for its content, including Disney Channel and ESPN, failed.

Because the Disney-owned channels are no longer available to stream, YouTube TV has offered customers a decreased monthly price of $49.99, down $15 from $64.99. YouTube also noted that customers could sign up for the Disney Bundle ($13.99/month) for access to Disney+, ESPN+, and Hulu on-demand with ads.

“We’ve been in ongoing negotiations with Google’s YouTube TV and unfortunately, they have declined to reach a fair deal with us based on market terms and conditions. As a result, their subscribers have lost access to our unrivaled portfolio of networks including live sports and news plus kids, family and general entertainment programming from ABC, the ESPN networks, the Disney channels, Freeform, the FX networks and the National Geographic channels.

We stand ready to reach an equitable agreement with Google as quickly as possible in order to minimize the inconvenience to YouTube TV viewers by restoring our networks. We hope Google will join us in that effort.”

The dispute itself is based on money, with Google claiming that Disney was asking for higher fees for its TV content than “services of a similar size pay”.

YouTube TV is one of the United States’ biggest internet pay-TV services with more than 4 million subscribers, and this is its first major blackout of services in its five-year history.

Some of the channels that would no longer be available on YouTube TV are Freeform, Disney Channel, Disney Junior, National Geographic, and ESPN. With upcoming football and basketball games scheduled this week, customers are losing ESPN coverage including Monday Night Football, starting with this week’s Vikings-Bears game.

YouTube TV sent its customers a letter detailing the failed negotiations and consequences for its subscribers:

We have held good faith negotiations with Disney for several months. Unfortunately, despite our best efforts, we were unable to reach an equitable agreement before our existing one expired.

As of December 17, 2021, end of day Eastern Time, all Disney-owned channels, including ESPN and your local ABC station, are unavailable on YouTube TV. Members will not be able to watch live or local content from Disney and will also lose access to any previous Library recordings from these channels, including 4K content that is available as part of the 4K Plus add-on.

We will be decreasing our monthly price by $15, from $64.99 to $49.99, for the Base Plan while this content remains off of our platform. No action is needed on your part. A credit of $15 per month will automatically be issued. Once content is unavailable, this credit will be applied to your next bill after December 17 and will only be visible to family managers in Settings > Billing after the charge has taken place. Please note that if you have a promotional price with YouTube TV, you can still expect a $15 credit. Members who are in a paused state will receive this credit one month after their first charge.

Should we come to an agreement with Disney, we will adjust the price accordingly and will notify members via email beforehand. For the full list of Disney-owned channels that are no longer available on YouTube TV and for additional information or updates, please visit this webpage.

‌We know this is frustrating news, and it is not the outcome we wanted. We will continue conversations with Disney to advocate on your behalf in hopes of restoring their content on YouTube TV.

Thank you for being a YouTube TV member and for your patience and understanding.

With the Disney deal expiring, these are the channels and content from Disney that YouTube TV customers have lost:

Are you affected by this loss of Disney content on YouTube TV? What will you be missing most?