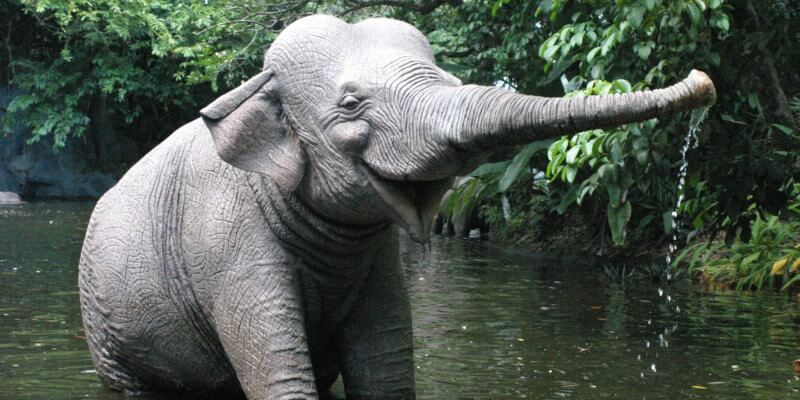 A certain Disneyland animatronic was seen “packing up their trunks” and taking a road trip.

Though there are many amazing elements that Guests can enjoy while visiting the Disney Parks such as the delicious restaurants, exciting attractions, and incredible shows, one aspect stands above the rest: the audio-animatronics.

These detailed and incredibly-realistic programmable robots changed the game when it came to telling authentic stories and providing exhilarating experiences for Guests. Walt Disney himself stated that animatronics were crucial to making attractions come to life, calling them “our space-age electronic method of making inanimate things move on cue, hour after hour and show after show.” Over the years, Disney Imagineering has developed some seriously jaw-dropping animatronic figures such as the Shaman in Pandora – The World of Avatar’s Na’vi River journey or Expedition Everest’s Yeti whose reputation proceeds it.

Recently, Jerrod Maruyama, a frequent partner, and collaborator with the Disney Parks captured an image of one of the elephants from Disneyland’s Jungle Cruise taking a trip out on the main road:

Nothing is known as to why this elephant animatronic was being transported but it may have something to do with both Disneyland and Walt Disney World’s Jungle Cruise rides being recently refurbished earlier this year.

As stated previously, Jerrod Maruyama has actually worked with both Disneyland and Walt Disney World and will be returning to EPCOT’s International Festival of the Arts next year which you can read more about here.

Disney’s official description of The Jungle Cruise can be found below and on their official site.

Have you ever seen a Disney animatronnic on the road? What do you think of this one?