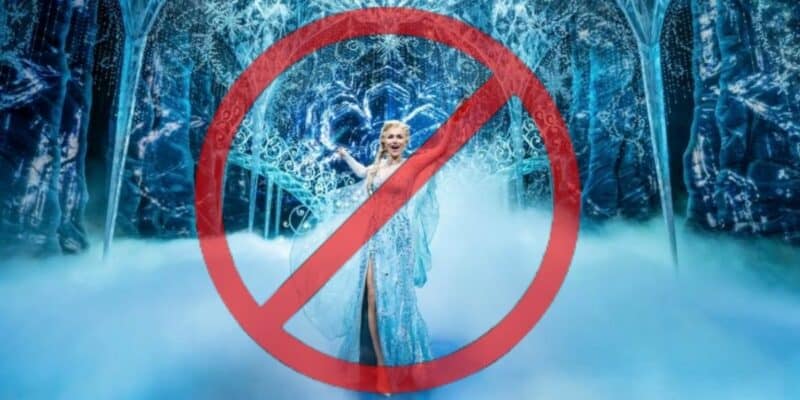 Theatre Royal Drury Lane, located in London, England, has set an age restriction on its stage performance of Disney’s Frozen the Musical.

According to the rule, children under the age of four will not be admitted to the stage show, even though it is based on the family Disney film, Frozen.

According to reports, the venue stated that the reasoning behind this decision is “To help us make sure everyone enjoys the show, your little ones need to be able to sit in their own seat without any assistance.”

It is interesting to see this age restriction put into place as the Disney animated film is geared to families, as well as young children, and the stage adaption includes all of the iconic songs from the movie, including “Let it Go”, as well as new music from Kristen Anderson-Lopez and Robert Lopez.

Disney’s FROZEN – the beloved animated film that always gives us chills – is now playing in London’s West End. For the first time in forever, the Theatre Royal Drury Lane has reopened its doors, bringing Elsa and Anna’s story to the stage in this heart-melting theatrical production.

With incredible special effects, jaw-dropping scenery, and all the songs you know and love, it’s going to be an unmissable experience that will stay with you long after the curtain falls.

Even the biggest FROZEN fans will be in for some surprises, as the production features brand-new music from Kristen Anderson-Lopez and Robert Lopez, writers of the unforgettable Let It Go.

We do want to note that generally, children under the age of four are not permitted at Broadway shows, including those in New York so this rule put in place by Theatre Royal Drury Lane in London coincides with other Broadway production venues.

Are you surprised to see the new age restriction put into place at Theatre Royal Drury Lane for Disney’s Frozen the Musical? Let us know in the comments below.