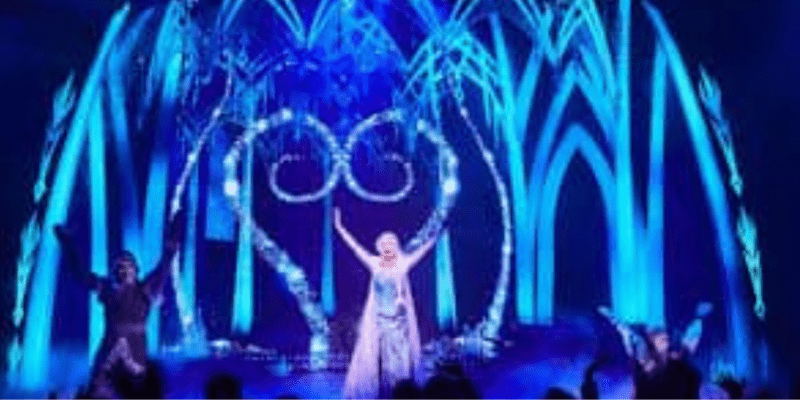 It has been confirmed by Disneyland Paris that Frozen: A Musical Invitation will be returning to a regular schedule of performances.

Frozen: A Musical Invitation will be returning to the stage on October 23, 2021, at Animation Celebration at Walt Disney Studios in Paris. The musical was announced to come back just a few short days after guests began to speculate the show’s return from the great white north.

The updated showtimes for the musical experience were posted to the official Disneyland Paris Twitter. The tweet shares the showtimes as:

Earlier this week, guests at the Disneyland Paris Resort speculated that Frozen: A Musical Invitation was going to return at some point in the near future. Their speculation was brought on by two factors. One, that a popular Frozen selfie spot was mysteriously removed from the show’s surrounding area. The second factor was that Animation Celebration had been closed for the following two days after the selfie spot had gone missing. Turns out, they were right.

More on Frozen: A Musical Invitation

In the musical experience, our favorite Frozen (2013) characters Elsa, Anna, Kristoff, Sven, and Olaf are preparing to open up Arendelle castle for the very first time. Guests will follow along with their preparations and get the chance to sing and dance along with the characters throughout the show.

Frozen: A Musical Invitation is described by Disney as

As Queen Elsa prepares for her famous ice palace to open to every for the first time, Princess Anna teaches guests the magic movies for celebrating her sister’s powers inside Kristoff’s barn, where she’s joined by none other than Kristoff and Sven! Guests will even hear a rendition of “Reindeers Are Better Than People” live from Kristoff himself.

Then comes the big moment when Anna invites everyone to enter a new space opening directly onto a room in Elsa’s palace. When she sings the show-stopping “Let It Go,” “Frozen” fans are invited to perform their new moves in support of Elsa, followed by a live performance of “Love is an Open Door.”

The official return of Frozen: A Musical Invitation is part of a number of attraction and event re-openings after the COVID-19 pandemic. Disneyland Paris guests will be happy to have another attraction to put on their list of things to do while at the park.

Are you happy to see Frozen: A Musical Invitation return? Let us know in the comments below!

Comments Off on Frozen Stage Show Set To Return