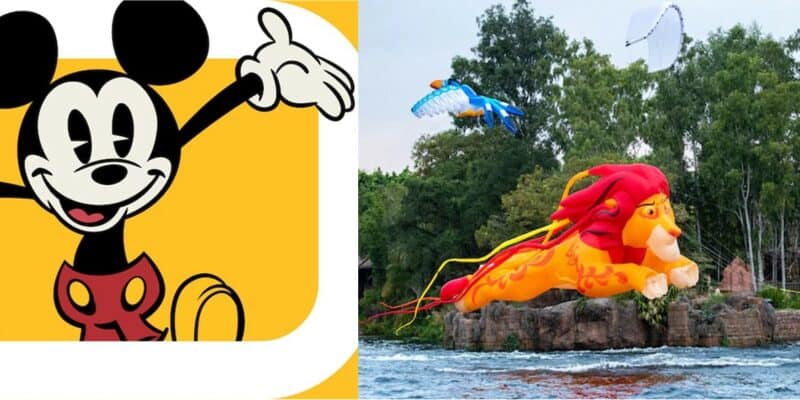 If you’re headed to Disney’s Animal Kingdom and haven’t seen Disney KiteTails yet… well, you’re in for a treat! The daytime entertainment debuted with Walt Disney World’s 50th Anniversary this past fall and has been keeping Guests on the edge of their seats ever since. Now, on the heels of Disney World pausing Annual Passholder sales, we’re seeing a special new perk coming soon for Passholders watching Disney KiteTails.

At first, Disney KiteTails was known as a total “car crash” experience. The massive soaring kites come crashing down, making it look like a hot mess! But, actually, Disney has reassured Guests that this is really all part of the show. The show has now grown in popularity because people simply can’t get enough of the shock that goes along with it!

And now, even though the news of Disney World Annual Passes, along with general Park tickets being unavailable on select days isn’t getting a great response, Disney is trying to show some love for their current Passholders.

If you’re a current Walt Disney World Passholder, Disney KiteTails is about to get even better with exclusive seating for the popular Disney’s Animal Kingdom entertainment. Disney has announced a Disney KiteTails Passholder Entrance will be available from December 1 to December 15, 2021. Check out the details below:

Watch as favorite Characters take to the sky at Disney’s Animal Kingdom Theme Park as part of The World’s Most Magical Celebration. From December 1 to 15, 2021, Passholders have access to an exclusive seating section during all available showtimes for Disney KiteTails. Once seated, Passholders will be treated to a 10-minute kite display taking flight over Discovery River Theater. During this time you could see one of the following:

Will you be taking advantage of the Passholder Exclusive seating for Disney KiteTails in early December?