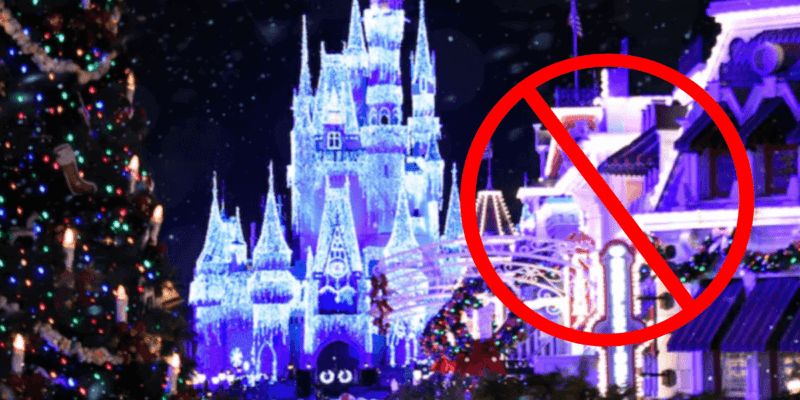 It’s the most wonderful time of the year, with lights twinkling down Main Street, U.S.A., and Christmas trees spreading holiday cheer around the Walt Disney World Resort.

The holiday season officially began on November 12 at the Florida Resort, with the theme parks transforming quickly from Halloween into Christmas.

It seems, however, that Walt Disney World restaurants will not be decorated for the holidays again this year.

Guests who have recently visited the Walt Disney World theme parks may have noticed a distinct lack of Christmas decorations inside the restaurants.

The holiday season at the Orlando Resort will run until early January 2022, with EPCOT celebrating the International Festival of the Holidays from November 26 through December 30, 2021.

Of course, Walt Disney World’s 50th anniversary celebration is underway and has required some operational overshadowing of the Christmas festivities, but Guests are noticing a difference from their usual decoration experiences.

During the pandemic, holiday decorations weren’t put up inside Disney’s restaurants due to staff shortages and COVID-19 related issues, but it seems the decision has been made again this year.

Restaurants across Magic Kingdom, EPCOT, Disney’s Hollywood Studios, and Disney’s Animal Kingdom usually have some holiday cheer adorning the walls, but it seems this is not going to be the case in 2021.

Jock Lindsey’s Holiday Bar in Disney Springs appears to be the only restaurant in Walt Disney World fully decorated for Christmas, with garlands, lights, and giant bows spreading the holiday cheer.

Many dining locations are selling special holiday treats, but walking into the restaurants doesn’t hold the same magic as Disney’s standard holiday season.

A Cast Member at Walt Disney World explained the lack of holiday decor:

It appears budget cuts and staff shortages are the reason for the lack of Christmas decorations in areas of the Disney Parks usually dressed for the holidays.

Disney’s CEO Bob Chapek is already under scrutiny for recent cuts and layoffs at the Parks, as well as the introduction of the paid FastPass replacement Disney Genie+. A viral petition is trying to persuade the Walt Disney Company to fire “data-driven” Chapek, and Disney fans are debating whether this is the best path.

Whether the changes to holiday decor at Walt Disney Word become permanent is yet to be made clear, but stay tuned to Inside the Magic for more updates.

Have you noticed a change in the holiday decor at Walt Disney World this year?