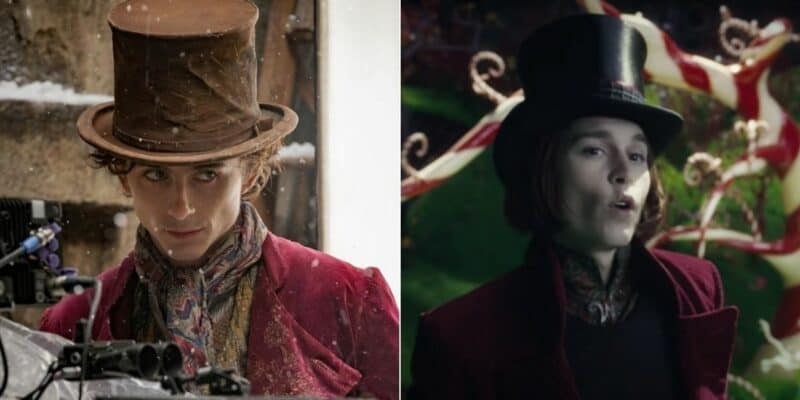 As a new movie blockbuster franchise gains steam, one star has further cemented himself as a box office powerhouse and it may pave the way for his future endeavors to be gold.

Movie reboots aren’t new. Neither are movie prequels. Cinema has always had one of its many roots in retellings; in showing viewers how something really happened; in rewriting a character’s journey by giving audiences more pieces to play with. We only need to look at, for example, Disney, to see that this trend of prequels isn’t going away any time soon. From George Lucas’ Star Wars prequel trilogy to Angelina Jolie and Emma Stone as Maleficent and Cruella, respectively, audiences love to find out the truth about their favorite characters.

While not a Disney property, Warner Bros. Wonka (2023) is likely to reignite a love for the popular chocolatier made famous by Roald Dahl’s Charlie and the Chocolate Factory (1964). The new film from Paul King will act as a prequel to the beloved literary work, with the musical fantasy adventure boasting a stellar cast to tell its tale. Timothée Chalamet takes on the titular character of a young Willy Wonka, with Keegan Michael-Key (Jingle Jangle: A Christmas Journey), Olivia Colman (The Favourite), Sally Hawkins (The Shape of Water), Rowan Atkinson (Johnny English), and Jim Carter (Downton Abbey) starring in supporting roles.

Of course, the on-screen life of Willy Wonka already has a firm footing in the cinematic lexicon. Gene Wilder portrayed the eccentric entrepreneur in Willy Wonka & the Chocolate Factory (1971) which saw Charlie Bucket (Peter Ostrum) and his Grandpa Joe (Jack Albertson) visit the mysterious Chocolate Factory after finding a golden ticket in a Wonka Bar. Then in 2005, Warner Bros. reboot of the 1971 classic debuted with Johnny Depp as its leading man and directed by Depp’s now long-time collaborator Tim Burton.

Charlie and the Chocolate Factory (2005) was a relative box office success, grossing shy of half a billion at the global box office with $475 million. While the movie was praised overall, Depp’s performance was polarizing. Fresh off the heels of Pirates of the Caribbean‘s (2003) surprising success and the world’s first meeting with Depp’s Captain Jack Sparrow, some critics and audiences found Depp’s Wonka to lack the mystery and eccentricity of the famous literary character.

Almost 20 years after Depp’s portrayal, and 50 since Wilder, Hollywood star, Timothée Chalamet will be next to take up the chocolatier mantle. Paul King’s Wonka follows the character in the time prior to the opening of his Chocolate Factory, and if Chalamet’s recent success is anything to go by, his prequel Wonka could prove even more popular than Depp’s.

Chalamet gained international recognition for his role in Luca Guadagnino’s Call Me By Your Name (2017) before starring in movies like Beautiful Boy (2018) opposite Steve Carell (Despicable Me), Netflix epic The King (2019) where he played Henry V, and Little Women (2019). This year the actor has starred in Wes Anderson’s The French Dispatch (2021) and director Denis Villeneuve’s blockbuster, Dune (2021). Based on Frank Herbert’s 1965 novel, the latter — where Chalamet plays Paul Atreides — is one of the Academy Award nominee’s most commercial projects to date.

In fact, Dune is proving to be a powerhouse at the box office with an already remarkable, especially for a pandemic-era release, $223 million. Chalamet’s The French Dispatch has grossed $4 million so far.

Sure, Dune‘s popularity at the global box office is rooted in more than Chalamet as a leading character — the film also features actors like Oscar Isaac (Star Wars: Episode VII — The Force Awakens), Rebecca Ferguson (The Greatest Showman), Jason Mamoa (Aquaman), and Zendaya (Spider-Man: No Way Home), in its sprawling ensemble cast –, but his inclusion in both critically and commercially popular movies for the past four years cements him as a major piece of Dune‘s and The French Dispatch‘s success.

When looking at this through a specifically Wonka-style lens, Chalamet’s iteration of the character may bridge the gap between fan-love and critic-love that Depp’s version seemed to weaken. In addition, Depp’s recent controversy surrounding the lawsuit with his ex-wife, Hollywood actress and Aquaman star, Amber Heard, has seen him removed from JK Rowling’s Harry Potter spinoff franchise, with arguments also being made that MGM’s Minamata (2020) — where Depp stars as the photographer, W. Eugene Smith — has been buried due to domestic abuse allegations against Depp.

There is no arguing that Chalamet’s total box office pales in comparison to Depp’s, with huge franchises under his belt like Disney’s Pirates of the Caribbean as well as popular films like Alice in Wonderland (2010), and Fantastic Beasts: The Crimes of Grindelwald (2018), but with Chalamet’s star status continuing to rise it could prove that this formidable actor will become the new fan-favorite Willy Wonka.

Are you looking forward to Timothée Chalamet’s Willy Wonka? Let us know in the comments down below!