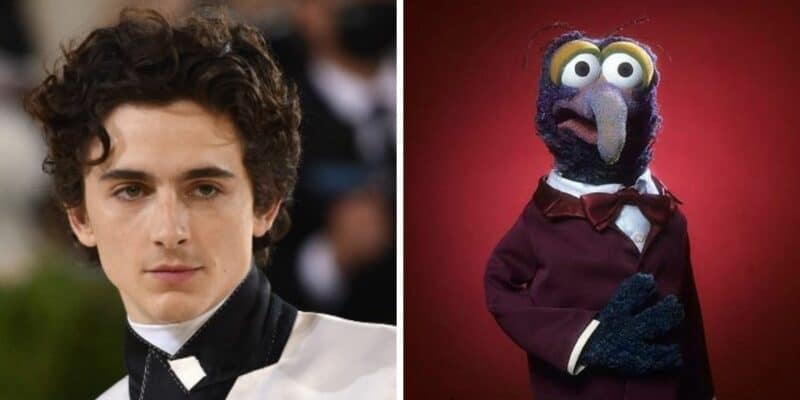 Timothée Chalamet seems to be absolutely everywhere nowadays. The 26-year-old has been in a number of big-name films, including Little Women (2019), Ladybird (2017), Call Me By Your Name (2017), and Dune (2021). He is also currently in the process of filming the new Warner Bros. movie Wonka — where he is portraying the famous candy maker Willy Wonka, who has previously been played by Johnny Depp and Gene Wilder.

Unlike prior films, Timothée Chalamet’s Wonka will not focus on Willy Wonka’s life during the time he owned his candy factory. Per a report from Deadline:

Based on characters created by Roald Dahl, the story will focus on a young Willy Wonka and his adventures prior to opening the world’s most famous chocolate factory. Sources also tell Deadline that Wonka will mark the first time Chalamet gets to show off his singing and dancing skills with several musical numbers set to appear in the film. He’s been the top choice for some time but scheduling was a hurdle that had to be overcome as training for those numbers is included in the prep for this film.

While the maroon coat and top hat are reminiscent of Wonka’s past, the look also had some social media users comparing the character to another famous character — The Great Gonzo in The Muppet Christmas Carol.

y’all making the wrong movie cause that is not Willy Wonka 😭 pic.twitter.com/4NKcvP00n5

The Davies Locker (@TheDaviesLocker) also joked about a live-action The Muppets Christmas Carol being made.

Wonka will also star Olivia Colman (The Favourite), Rowan Atkinson (Bean), and Keegan-Michael Key (Schmigadoon!) and is scheduled for a theatrical release sometime in 2023.

Do you think Timothée Chalamet’s Willy Wonka looks a lot like Gonzo in The Muppet Christmas Carol? Let us know in the comments!