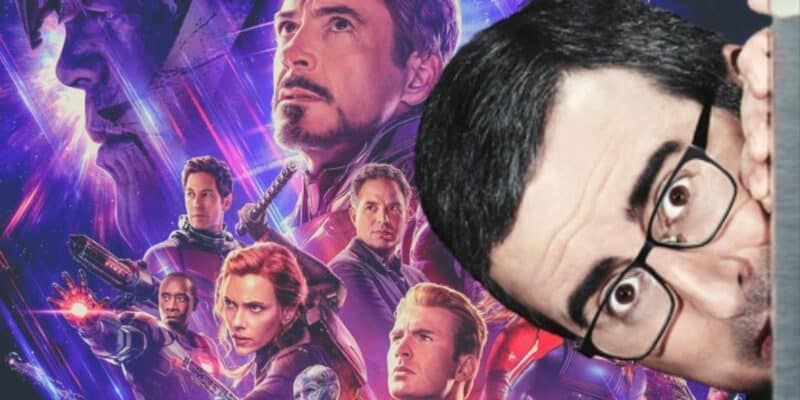 HBO’s Last Week Tonight with John Oliver uses comedy to cover news, politics and explain complex stories in a way that is easily digestible. Many of his segments use pop culture references to emphasize the points the show is trying to make.

But in his episode on misinformation this week John Oliver’s audience was not shy about letting him know his joke about the Marvel Cinematic Universe was not funny.

While attempting to point out how a few cosmetic changes on a meme can help misinformation spread on social media apps like Facebook and WhatsApp he made this joke:

“All it takes is a few superficial labels and style choices to convince people that something with no real substance is actually meaningful and good. Or as it is known in America – The Marvel Cinematic Universe.”

His audience quickly turned on the British Comedian with groans and boos, to which he responded by telling them to “Grow up.”

While John Oliver’s comments were made in jest it is a part of rising dismal from some high-profile directors such as Martin Scorsese criticizing the MCU. Denis Villeneuve, director of the upcoming Dune film which has many Marvel actors in its cast, recently drew fire for telling El Mundo that:

“Perhaps the problem is that we are in front of too many Marvel movies that are nothing more than a cut-and-paste of others […] perhaps these types of movies have turned us into zombies a bit.”

And Marvel fans are never ones to take comments like that lying down and have been taking to Twitter to fire back at the Daily Show alumni.

And DBR71304 added that his joke was a bit of the pot calling the kettle black as John Oliver recently voiced Zazu in the live-action The Lion King (2019). Saying:

“I know John Oliver did not just Diss the MCU. I love you, John. But baby, you were in one of the worst Disney live action remakes out here. I don’t think you have the authority to say the MCU is something with no substance with tacky superficial labels to make it look good.”

I know John Oliver did not just Diss the MCU..

I love you, John. But baby, you were in one of the worst Disney live action remakes out here. I don’t think you have the authority to say the MCU is something with no substance with tacky superficial labels to make it look good

The Marvel Cinematic Universe is one of the biggest franchises in the world and it’s going strong. Marvel’s Phase 4 is set to have more films and televisions shows than any phase before it. Its first animated series What If…? just dropped its final episode on Disney+. And the next film Eternals is coming to theaters on November 5, 2021, and is going to be a truly unique entry in the MCU.

Let us know in the comments if you thought John Oliver’s joke was funny or a misfire.