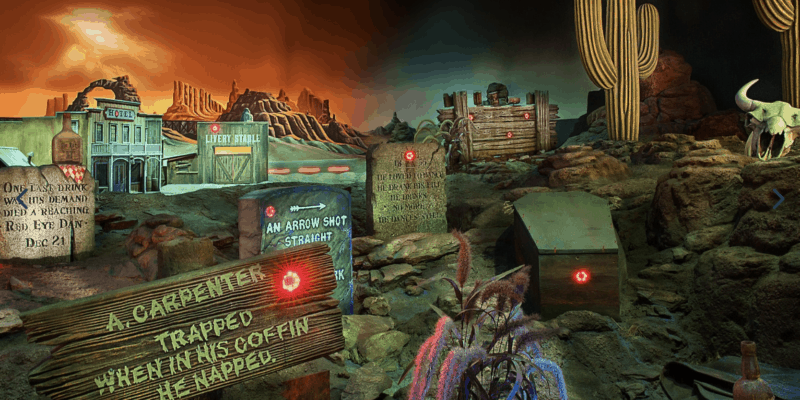 Now that Walt Disney World Resort’s 50th anniversary celebration has officially kicked off, there is plenty for Guests to look forward to over the next 18 months!

From “EARidescent” character costumes to fun merchandise collections to stunning decorations on Cinderella Castle (and throughout all four Disney World theme parks!), there are many magical moments ahead for Walt Disney World Resort visitors.

Now, it seems that Disney World has given Guests an unexpected treat for its Golden Anniversary! The popular Frontierland Shootin’ Arcade in Magic Kingdom Park is now free for the first time.

Insider confirmed this news in a recent article:

There aren’t a ton of things you can get for free at Disney World, but as part of the 50th celebration, Magic Kingdom reopened the Frontierland Shootin’ Arcade, which is now complimentary for all guests.

After being closed for over a year amid pandemic restrictions, the attraction is up and running again without its old fee.

It is important to note that Disney has not yet updated the official webpage for this attraction. At this time, it still indicates that the Arcade is closed and requires an additional fee to play, but it is likely it just hasn’t been updated to reflect the game’s current status.

More on the Frontierland Shootin’ Arcade

The official description of the Shootin’ Arcade reads:

Mosey on up to a rustic log cabin and fill yer hands with a replica .54-caliber Hawkins buffalo rifle. Against the southwestern landscape, a familiar sight comes into view: legendary Boot Hill in the famous frontier town of Tombstone, Arizona.

Using projectile-free infrared technology, take your best shot at a bevy of moving and stationary targets. The dusty setting provides a picture-perfect backdrop to test your marksmanship.

Are you excited to play this Magic Kingdom game for free for the first time?