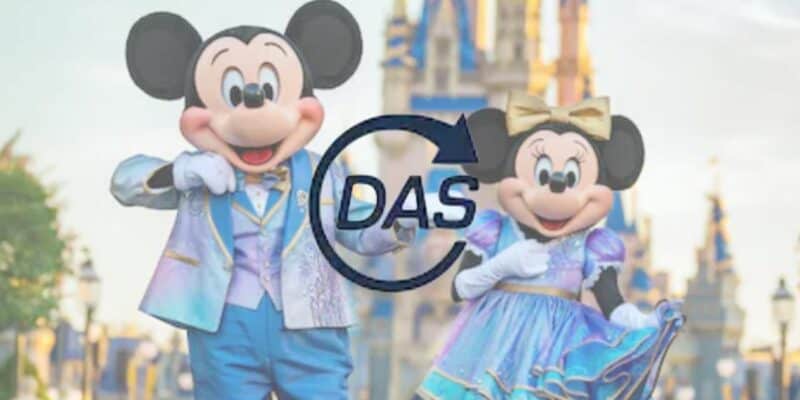 A historic lawsuit was once more in court this week as a lawyer and Disney continued their legal battle regarding the Disney Parks Disability Access Service.

Earlier this week, the Walt Disney World Resort in Orlando, Florida launched its FastPass+ replacement and all-around new vacation planning tool, Disney Genie. Boasting new additions to the already comprehensive My Disney Experience, Disney Genie allows Disney Resort Guests to perfectly (?) plan their ideal day, as well as have access to ride their favorite attractions via the Lightning Lane using Disney Genie+ for $15 per Guest per day or buying Individual Lightning Lane Selections for experiences like Star Wars: Rise of the Resistance and Remy’s Ratatouille Adventure.

Amid the transition to Disney Genie+, the Walt Disney World Resort in Central Florida also made some changes to its Disability Access Service (DAS). Traditionally, Guests would visit Guest Relations, like City Hall at Magic Kingdom, on their arrival at the Disney Park and discuss their needs with a Cast Member. Guests receiving the DAS could then be issued return times for the attractions they wish to experience while on their Disney vacation.

In August, Disney Parks Blog shared the update to their DAS program alongside the announcement for the FastPass+ and MaxPass replacement, Disney Genie and Disney Genie+, they said:

We are also making some enhancements to our Disability Access Service (DAS) program, including new options to enroll in the program pre-arrival and for DAS participants to select attractions directly in the app. These options will be available in addition to our existing, in-person DAS program. Visit our Services for Guests with Disabilities page DisneyWorld.com and Disneyland.com for more details.

Disney launched Disney Genie+ and the new Lightning Lane entrances on October 19, 2021, amid the 50th anniversary celebration, and on that same day, a historic lawsuit involving Disney’s disabled access services had another day in court. The court case began back in 2013 when Disney first brought in DAS at the Florida theme park, with lawyer Andy Dogali representing a variety of families in suing the Walt Disney Company. Last July saw Disney score a win in the legal trial against Dogali and the plaintiffs, with cases spanning coast-to-coast, involving Disneyland Resort as well as Disney World.

One case contested last year, that was won by Disney, was that of mother and president of the Autism Society of Greater Orlando, Donna Lorman:

One mother he represented complained her son has no concept of waiting, and because of his autism disorder, he needs to ride the attractions in a certain order when he goes to the Magic Kingdom each time. Otherwise, her son, who is in his 20s but has the development capacity of a child, might have a meltdown. For someone with autism, a theme park can be a sensory overload.

Judge Anne Conway on Tuesday said a ruling on the latest appeal might come “swiftly” following Dogali’s recent oral arguments to the U.S. Court of Appeals. Her decision last year to side with the Disney theme park was grounded in the fact that “the standby lines would grow longer for the general public if Lorman’s son and others got special treatment”, commenting on the popular Magic Kingdom ride Seven Dwarfs Mine Train by stating:

“…giving every DAS cardholder two more readmission passes would make the standby line [go] from 69 to 108 minutes. If everyone in their party also got two passes, then that line jumped even higher to 124 minutes”.

It was the introduction of DAS that ignited and continues to spur on Dogali’s court cases against Disney. However, after eight years of litigation, Dogali now feels like he needs to start over due to the introduction of the new DAS updates incorporated into the Disney Genie launch:

Dogali acknowledged Tuesday it felt as if his lawsuits were starting over as Disney’s FastPasses went extinct.

Disney Genie allows Guests to register pre-arrival via the My Disney Experience app using a virtual chat within two to 30 days of arriving at the Walt Disney World Resort for their Disney vacation. After registration Guests can then choose two one-hour return times for selected experiences while also being able to use the service as usual once inside either Magic Kingdom, EPCOT, Disney’s Hollywood Studios, and Disney’s Animal Kingdom. For a comprehensive guide on this new pre-arrival virtual chat, click here.

DAS is intended for Guests who have difficulty tolerating extended waits in a conventional queue environment due to disability.

DAS doesn’t provide immediate access to experiences, but rather allows Guests to request a return time for a specific experience that is comparable to the current standby wait. This allows the Guest using DAS to experience other attractions in the park instead of physically waiting in the standby line.

Have you tried the new Disney Genie yet? Let us know in the comments below!