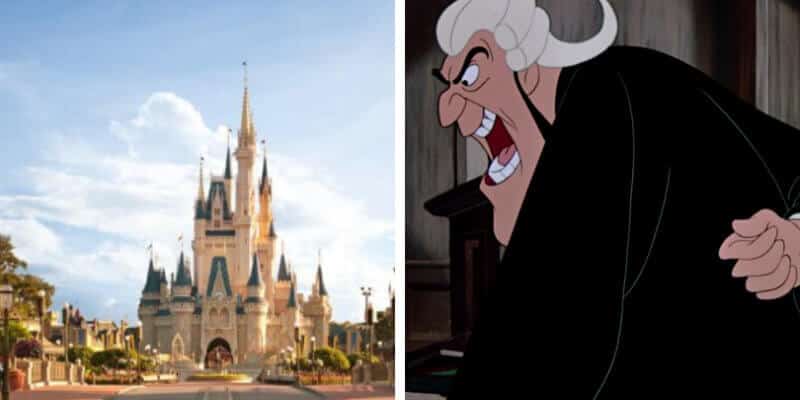 Tampa-based lawyer Andy Dogali is back in court accusing The Walt Disney Company once again of violating the Americans with Disabilities Act. This time, in Los Angeles. A case originally filed in 2015 is making progress once again while he waits for the U.S. District Court in Florida to deliver a delayed verdict to be delivered sometime this March.

But this is only the second of nearly 100 plaintiffs lined up to challenge Disney on its policy. And Disney has faced these issues since they made the policy change in 2013.

The charge brought before Disney are that the new policies violate the Americans with Disabilities Act. After Disneyland and Walt Disney World’s original almost-free-for-all policy was grossly abused to the extreme extend that people were hiring disabled people so they could cut ride lines at will, the two resorts decided to crack down and regulate the “front-of-line” policy.

Now, guests with Autism and other developmental disabilities have to get a “Guest Assistance Card” at Disneyland (called “Disability Access Service Card” at Walt Disney World) which offers the same “front-of-line” access but only at certain times per attraction. Think of it as a FastPass to every attraction in the theme park but where the FastPass times are already set in stone.

According to the LA Times:

The two lawsuits take aim at the 2013 decision by Disney to end a policy gave visitors with disabilities and their family members a “Guest Assistance Card,” allowing them to go directly onto rides, skipping long lines.

The lawsuits say the new policy is unfair because it treats all visitors with disabilities the same and that children and adults with autism might not understand the concept of waiting and taking turns and could become extremely upset if they are forced to wait for a ride at a noisy theme park.

The plaintiffs are asking for a change in Disney’s policy as well as money for legal costs and “other relief.” But Dogali has yet to win anything more than an appeal.

The first lawsuit in 2016 originally ruled in Disney’s favor. However, an appeals process led to another non-jury trial earlier this month which was heard by U.S. District Judge Anne Conway. The verdict is now delayed until March. You can read our original coverage of that case by clicking the link below:

While privacy measures keep his identity a secret, the LA Times reports the plaintiff is “a 13-year-old boy from Norwalk as T.P. who loves Disneyland and has been diagnosed with autism, severe obsessive compulsive disorder, attention deficit hyperactivity disorder and having anxiety attacks. T.P. experiences a meltdown if he can’t go on his favorite rides in a particular order, according to the lawsuit.” The lawsuit also claims that the meltdowns result in injuries to T.P., and his mother and they are required to leave the park.

The case was originally filed in 2015–making the plaintiff around the age of 18 now–and has dragged on in Federal Court in Los Angeles to actually outlive its judge. A new judge has since been assigned to the case.

In 2014, he filed a similar case on behalf of 26 plaintiffs. He later filed a request to add 69 more plaintiffs to the same case, meaning he would be representing over 200 people. The motion was rejected by a judge. The case, while filed in federal court in Los Angeles was transferred to a U.S. District Court in Florida because most of the complaints regarded Walt Disney World in Orlando.

So far, through delays and one court ruling, Disney has remained victorious is so far as their accessibility policy has been upheld since 2013. They stand by their policy saying “Disney Parks have an unwavering commitment to providing an inclusive and accessible environment for all our guests.”

Now, there is a chance that Dogali and his plaintiffs could win. But any victories he earns could result in case-by-case exceptions rather than major policy changes.

One of the attorneys involved in the California lawsuit, Eugene Feldman, explains to the LA Times that sweeping policy change was unlikely to happen.

Even if Disney loses the lawsuits, Feldman said, Disney may be able to keep its current accessibility policy but would have to offer specific exceptions for the plaintiffs in the lawsuit.

It takes no stretch of the imagination to see how such a deal where exceptions are made could play out. However, the court-ordered mediations–where such exceptions for the individual plaintiffs could be agreed upon–have failed. Thus making it appear the lawsuits would rather strive for total policy change or nothing at all. Unfortunately, we will not know for sure until a verdict is finally reached.