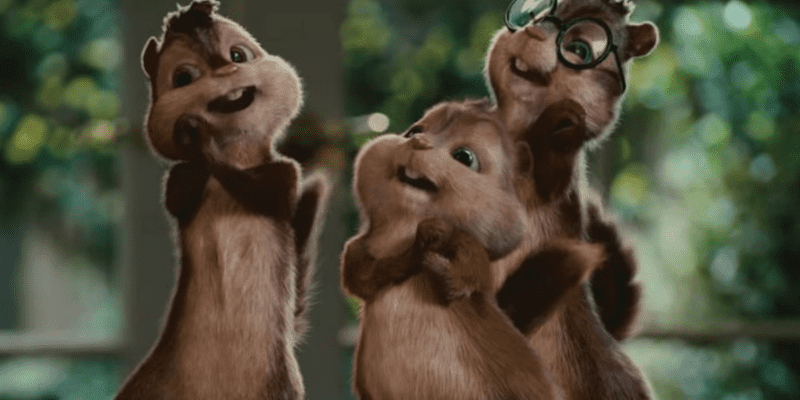 Calling all Millennials, Gen X’ers, and everyone else who loves to feel nostalgic now and then. Disney+ is continuing to provide its subscribers with childhood classics from our younger years!

Disney+ has been adding titles to its library at a constant rate ever since it debuted. The titles being added are from different genres, collections, and brands; however, one set of additions may just spark the attention of those from the 90’s, and 2000’s (and maybe their parents who watched along with them).

Let’s take a walk down memory lane, shall we? Here are some of the favorite childhood classics that Disney+ has brought back to life.

What’s coming to Disney+ in October 2021

First, let’s take a look at what’s coming to Disney+ in October (or what has already been released this month).

The beloved chipmunk trio is back as they chase Dave down to the tropics to save a special bond as stated in the official description.

Through a series of misunderstandings, Alvin, Simon and Theodore come to believe that Dave is going to propose to his new girlfriend in Miami… and dump them. They have three days to get to him and stop the proposal, saving themselves not only from losing Dave but possibly from gaining a terrible stepbrother.

Everybody’s favorite singing chipmunks find a manager that turns into a father figure, the film follows the trio and their new kin on a whirlwind adventure as hinted in the official description.

An advertising executive who longs to be a composer is befriended by three talking/singing chipmunks. After becoming the rambunctious rodents manager, he slowly but surely becomes something more — their surrogate dad. But our hero doesn’t realize how much he loves his fury kids until they are lured away by a manager who only cares about the money these talented woodland creatures can generate.

The unofficial official animated princess Thumbelina is a classic tale-turned movie that was a staple in homes everywhere.

The beloved Hans Christian Andersen fairytale comes to life in this magical animated musical featuring the voices of Carol Channing, John Hurt, Charo, Gilbert Gottfried and more! When Thumbelina meets the prince of the fairies, it’s love at first sight. But after the tiny would-be princess is kidnapped, she goes on a harrowing adventure that helps her learn about friendship, hope, fame and love!

What’s coming to Disney+ in November 2021

If you are a dog lover well, you are in luck! There are four movies coming to Disney+ that are all about our four legged friends.

The pups are back at it again as they take their chances in a dogsled race as stated in the movies description.

The Buddies venture to the frosty arctic and team up with new friends in a thrilling dogsled race across Alaska. The daring dogs have to band together with their new pals, Talon and Shasta, and muster up the courage to face the fur-raising challenges ahead. But will they have what it takes to win the race and find their way back home?

We find our pup squad up in the stars as the movie description tells us they must find a way back home.

Moving at warp speed, dodging asteroids and more, the Buddies and their two new friends, Spudnick and Gravity, must summon their courage and ingenuity to launch plans for a moon landing and a rocketing trip back home.

Santa’s elves? How about Santa’s dogs! The pups are back on a holiday themed adventure as the movie description has them in the North Pole!

When Puppy Paws, the fun-loving son of Santa Paws, gets tired of the North Pole, he finds Budderball on Santa’s naughty list and figures he’s just the dog to show him how to be an ordinary pup. But when the magical Christmas Icicle starts to melt and the world begins to forget the true meaning of the season, it’s up to Puppy Paws and his newfound Buddies to save Christmas.

Another group of puppies are on a special mission as told by the movie description. These pups are planning on savingr the true Christmas spirit!

When Santa and his new best friend, Paws, discover that the boys and girls of the world have lost the spirit of the season, they take a trip to New York City. But after Santa loses his memory, it’s up to Paws, a faithful orphan named Quinn, her new friend Will and a wonderful group of magical talking dogs to save St. Nick and show the world what Christmas is really all about.

Alvin and the Chipmunks: Chipwrecked (2011)

The trio of chipmunks find themselves on a journey again, this time in the ocean as they try to behave on a luxury cruise as stated in the official description.

The vacationing Chipmunks and Chipettes are turning a luxury cruise liner into their personal playground, until they become “Chipwrecked” on a remote island. As the ‘Munks and Chipettes scheme to find their way home, they accidentally discover their new turf is not as deserted as it seems.

This family favorite movie character,  Ernest is back for another movie full of mishaps, fumbles, falls, and complete chaos just in time for the holidays.

Santa Claus travels to Orlando to find a successor, a sometime actor and puppeteer, Joe. On the way to find Joe, Santa meets bumbling cab driver, Ernest, and by mistake leaves his sack in the cab. Ernest and a runaway girl, Pamela, try to help Santa. Pamela, who had attempted to steal the sack, returns it, and Ernest, after many mishaps, manages to deliver Santa’s sleigh and reindeer from the airport, just in time for Joe to take over on Christmas Eve.

Disney+ certainly hits the spot for filling nostalgic needs with the plethora of childhood classics that are already on the platform and continue to be added to the platform. Thanks to the ongoing additions to the library, viewers will not be running out of nostalgic titles any time soon.

What childhood classics do you wish to see added to Disney+? Is one of your favorite titles already released? Let us know in the comments!