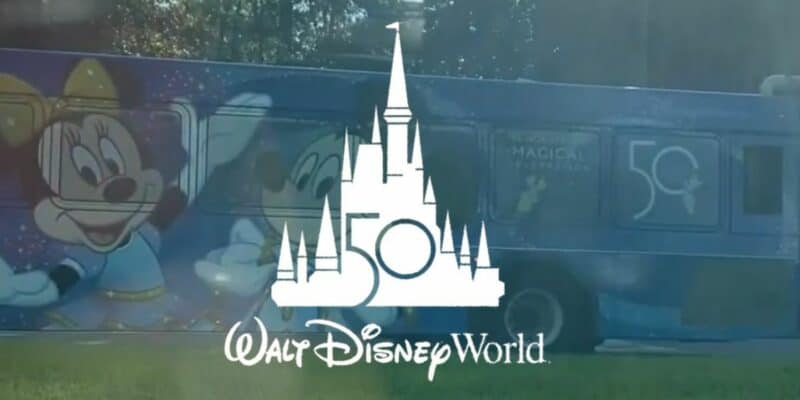 We are less than one month away from the start of Disney World’s 50th anniversary celebrations! As we quickly approach the start of “The World’s Most Magical Celebration”, Disney World is continuing to get Guests excited by promoting the 18-month event at the theme parks.

We have already seen new 50th-themed banners arrive at the Parks as well as the addition of the 50th crest on Cinderella Castle, which was added to the front of the theme park icon at the end of July.

Now, the latest design to be unveiled is adorable new Disney World-themed buses, which include both Mickey and Minnie in their EARidescent attire.

Jessica and Luis (@onelittlesparkjl) took to their Instagram Story to share a video of the new 50th anniversary-themed buses they spotted while on Disney World property this morning!

The new bus design features Mickey and Minnie in EARidescent attire along with the 50th logo.

Have you spotted the new 50th anniversary-themed buses at Disney World yet? Let us know in the comments below.