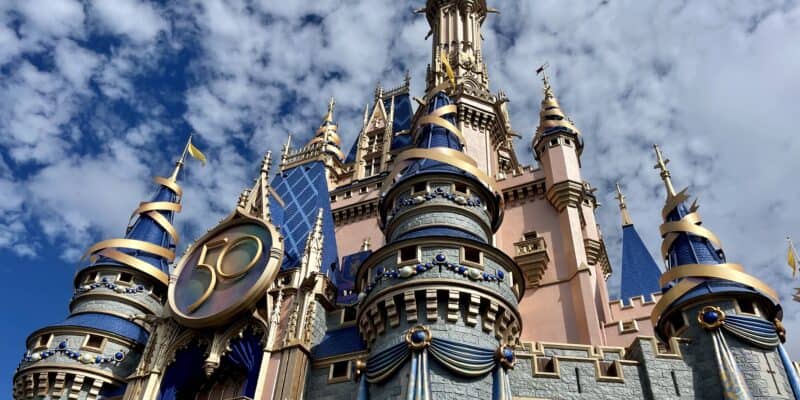 In recent weeks and months, many would-be Walt Disney World Resort Guests have debated whether or not it is safe to travel to the State of Florida due to the COVID-19 surge in the state.

The Delta variant was a major concern in Florida, with Disney adapting to current recommendations from the U.S. Centers for Disease Control and Prevention (CDC), requiring approved face coverings for all Guests age two and over in all indoor spaces, including attractions and merchandise locations, and on all forms of Disney transportation.

Guests can still remain mask-free in outdoor areas, or, if indoors, while actively eating or drinking at a restaurant or other designated dining locations. These mask rules apply at both Walt Disney World Resort and Disneyland Resort.

Now, however, there is some good news for those who haven’t canceled their vacations to visit Orlando during The World’s Most Magical Celebration, which officially begins on October 1, 2021.

According to a Florida Department of Health report, there has been a dramatic drop in weekly COVID cases in the state, with 56,325 reported in the week leading up to the report’s issuance. This is the lowest number of new cases in Florida in the past 10 weeks, which is the earliest date on the report.

Last week was the first time Florida had fewer than 100,000 confirmed cases since mid-July. Now, the numbers have fallen drastically in just a week’s time. For multiple weeks in August, Florida reported over 150,000 COVID cases weekly.

It is important to point out that Florida’s rolling positivity rate has also decreased significantly, and is now being reported at 8.6%.

All of this aligns with what University of Florida researchers indicated in mid-August. Orlando NBC News affiliate WESH 2 shared details from UF’s study:

Experts believe cases will drop in mid-August and continue to fall until November.

“It really means we will go back to levels we were at in June before the delta variant, and it will probably stay at that level more or less until another variant comes,” Dr. Logini said.

The researchers say the best way to prevent future surges is to follow the advice: get vaccinated, wear masks and keep distance.

So, if you have plans to visit Walt Disney World Resort anytime during the next 18 months — the 50th anniversary celebration will last into 2023! — you may be able to rest a little easier now that COVID case numbers in Florida are on the decline.

It is, however, important to note that there remains the possibility of another variant emerging, so it is imperative to stay abreast of the latest health and safety information on the official Walt Disney World Resort website before going to the Parks.

Are you going to Disney World to celebrate 50 years of magic with Mickey Mouse, Minnie Mouse, and the rest of the gang?