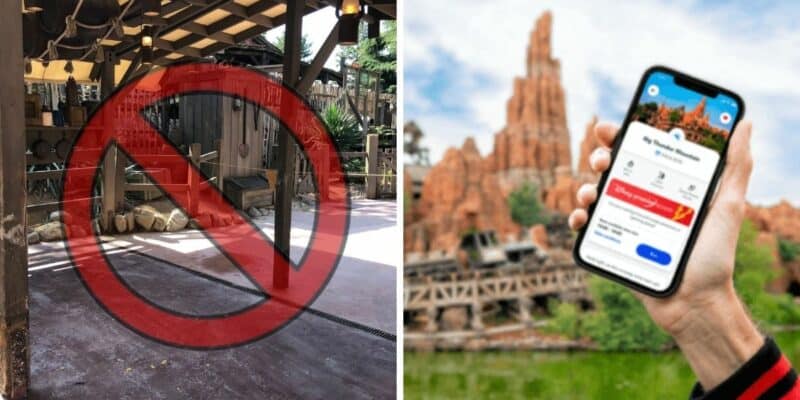 Free FastPasses are officially a thing of the past at Disneyland Paris as Premier Access, the new paid FastPass system, officially launched inside the theme parks. Now, because of this, we are seeing more of the old FastPass kiosk machines disappearing from select attractions.

First, we reported on the FastPass kiosks at Tower of Terror being blocked off, but now we are seeing the kiosks at Big Thunder Mountain completely gone.

The FastPass kiosks as Big Thunder Mountain were blocked by construction walls as they were no longer in use. Now, the walls have come down and the kiosks are removed. Per DLP Report on Twitter:

🔧 Walls are down around the former Big Thunder Mountain Fastpass awning after removal of all the ticket machines: pic.twitter.com/RiD4nhDUKI

The Premier Access system charges Guests around €8, which is just over $9, depending on the attraction. For example, rides that do not typically have a long line or have such high demand will be priced at the €8 per Guest — but as far as the more popular and E-ticket attractions, it will cost Guests €15 per Guest, which equals nearly $18.

The only other Disney Park that currently offers a Premier Access system is Shanghai Disney.

Disney also recently announced both FastPass+ at Walt Disney World and MaxPass at Disneyland will be retired and instead Lightning Lane will debut.