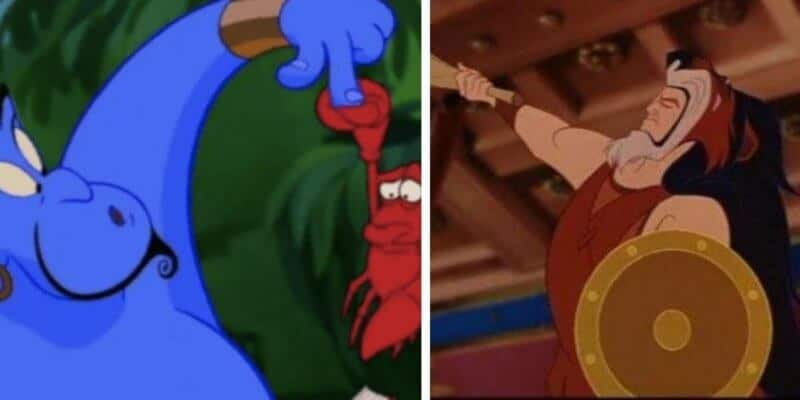 When it comes to crossovers, Disney has actually had their hand in the field for many different projects — especially when it comes to their Disney Channel content, and animated features!

In films, we have seen small crossovers in an easter egg fashion. If we look to Disney’s animation department, an example is the split-second moment in Frozen where Rapunzel and Flynn Rider can be seen.

But the list doesn’t stop there! There is a tonne of Disney crossovers that combine characters from a variety of films! Below, we will highlight a few others that you may or may not have noticed in the past.

Have you ever wanted to see every Disney princess in one movie at one time? Wreck-It Ralph accomplishes the impossible and gives viewers a world where every Disney princess can be friends! From Belle, who is located in France, to Elsa, who is in Arendelle, the film allows Disney fans to see what happens when all of their worlds collide.

When watching Tarzan, you may realize that Terk uses a very familiar tea-pot set as his drum kit. Although the cups and pot do not have a face, the designs are instantly recognizable as those found in Beauty and the Beast with characters Chip and Mrs. Potts.

In Hercules, we can see a rather grim crossover where Scar from The Lion King appears as a mask…

In Aladdin, we can see a few Disney crossovers! A fun one to note is when Genie pulls Sebastian from The Little Mermaid out of a book.

That being said, we have never seen a live-action cross over to a Disney animated film, which is exactly what Deadpool star Ryan Reynolds wanted. In an interview, Reynolds spoke about a pitch he made to Disney for a short film crossover that would include Deadpool talking to the hunter who killed Bambi’s mom.

“I wanted to do a short film of Deadpool interrogating the hunter who killed Bambi’s mom. But the whole gist of it is that Deadpool is actually just a huge fan. He’s not interrogating – he just wants to know how he could be the most loathed Disney character in the history of Disney… and of course, Disney was like, ‘well, I don’t think that’s ever going to happen.'”

As we noted earlier, the list of crossovers is incredibly extensive, and gives Disney fans a fun challenge while rewatching films!