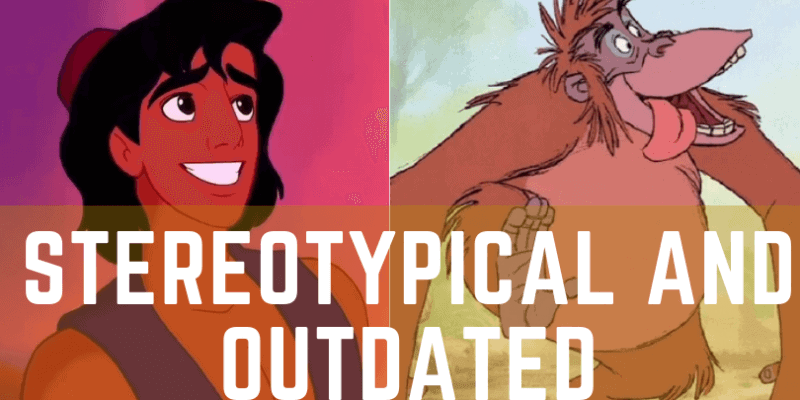 Sky has become the latest streaming service and television provider to add content warnings to many a tv show and movie deemed to present outdated cultural depictions or racist stereotypes.

It follows the petition for Walt Disney World to change the theming of Splash Mountain to a Disney film that isn’t built on racism, as well as the active role Star Wars actor John Boyega played in the London protests. Star Wars director J.J Abrams also donated a significant amount of money towards social justice causes.

The Daily Mail reported that the following Disney movies will now contain content warnings that the film may contain ‘outdated attitudes‘.

Critics have expressed concerns over the story’s use of Orientalist stereotypes, while casting decisions also came under scrutiny, with Aladdin, Princess Jasmine and the genie played by white actors in the animation.

Dumbo has been accused of containing racist stereotypes of African Americans at the time in the form of black crows, who use jive-like speech patterns.

Questions were raised over Johnny Depp’s portrayal of Tonto, a Native American, as it sparked a debate over whether actors should play a race other than their own.

There have been suggestions the character of orangutang King Louie, which did not feature in Rudyard Kipling’s original novel, implied inequality between African Americans and Caucasians. It has also been claimed the character’s portrayal is based on what white people thought about black people at the time, such as his poorer linguistic skills and him wanting to be ‘like the other men’.

Content Warnings from Sky advise when racial stereotypes may feature

Netflix has taken a firm stand against racism, as it joined BBC Iplayer in removing British tv show Little Britain for its use of blackface characters. Disney Plus also added similar warnings of outdated cultural depictions on films like Dumbo and The Jungle Book.

Amazon Prime Video added similar warnings to kid tv show Tom and Jerry for its use of racial stereotypes, especially the African American ‘Mammy’ depiction, which is considered offensive and stereotypical.

Sky itself has not limited these warnings to Disney movies. In a wider attempt to fight racial injustice other movies will also carry warnings of outdated attitudes. These include comedy films like Tropic Thunder which famously features Iron Man actor Robert Downey Jr in blackface, as well as The Last Samurai which features Tom Cruise in a role some consider to be problematic in its implied promotion of American superiority.

In a statement to the Daily Mail, Sky said the following:

‘Sky is committed to supporting anti-racism and improving diversity and inclusion both on and off screen. We constantly review all content on Sky‘s owned channels and will take action where necessary including adding additional information for our customer to allow them to make an informed decision when deciding what films and TV shows to watch.’

Do you find these classic films problematic? Let us know in the comments below.