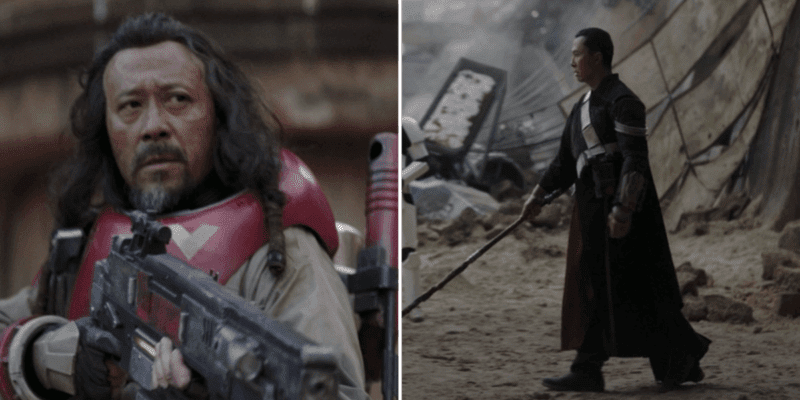 Star Wars is known for expanding its universe across a variety of other media. From the new comic book run and novels telling the tales of the High Republic Era to the ongoing Star Wars animated series The Bad Batch, and its live-action predecessor, The Mandalorian, Lucasfilm continues to tell stories in new and interesting ways.

Media variety aside, Star Wars has, over the years since George Lucas’ Star Wars saga began, revealed what happens in those gaps between the blockbuster movies that make up each of the three trilogies. One of these anthology films came in the form of 2016’s Rogue One: A Star Wars Story, and now fans can get another glimpse into the lives of the fan-favorite characters from the original trilogy prequel.

The Star Wars movie, which is based on the Rebel movement A New Hope originally introduced us to, also saw the return of Jimmy Smits and Genevieve O’Reilly as Bail Organa and Mon Mothma, respectively.

As well as the CGI return of Grand Moff Tarkin, the Star Wars movie also saw the live-action debut of Forest Whitaker’s Saw Gerrera, who was first introduced in Lucas’s and Dave Filoni’s Star Wars: The Clone Wars. Whitaker has also recently confirmed that the Partisans’ leader will return to live-action in an upcoming project — as well Luna’s Cassian Andor in the new Andor series from Lucasfilm.

While detailing the story of the infamous Death Star plans that Princess Leia then passed on to Jedi Obi-Wan Kenobi via Luke Skywalker, Rogue One also gave a glimpse into Force lore and the burgeoning Rebel Alliance.

Donnie Yen’s Chirrut Îmwe and Jiang Wen arrived in Rogue One as Guardians of the Whills. Showcasing immense combat talent and wisdom, Îmwe became a fan-favorite character and highlight of the Star Wars story.

Interestingly, the Whills were a concept drawn up by the Star Wars creator himself. Lucas originally focused on a unique entity called the Whills which told the story of the Star Wars universe — however, this idea eventually transformed into the Force we know today, although its weirdness, as well as its mention in Star Wars canon, might signal the Whills’ potential entry into the Star Wars universe. For example, the early stages of Kevin Feige’s and Michael Waldron’s project could be the place for the Whills, and their Guardians, to make a bigger live-action entrance.

Baze Malbus and Chirrut Îmwe used to be Guardians of the Whills, who looked after the Kyber Temple on Jedha and all those who worshipped there. Then the Empire came and took over the moon. The temple was sealed and the people scattered. Now Baze and Chirrut do what they can to resist the Empire and protect the people of the Holy City, but it never seems to be enough. When a man named Saw Gerrera arrives with grand plans to take down the Empire, it seems like the perfect way for Baze and Chirrut to make a real difference and help the people of Jedha. But will it come at too great a cost?

Now, this prequel novelization is getting a new and updated treatment. A manga of The Guardians of the Whills will be releasing this August from Viz Media based on Rucka’s novel. Viz Media gave a synopsis of what Star Wars fans can expect from this brand new project.

Star Wars: Guardians of the Whills revisits Baze and Chirrut before they meet the rebellion members who turn the tide in the fight against the Empire in Rogue One: A Star Wars Story. Writer Jon Tsuei and manga artist Subaru bring the origin story of this fan-favorite duo to life in a new manga adaptation based on the novel by Greg Rucka.

It is not unusual for the Star Wars franchise to give fans a deeper insight into fan-favorite characters and their stories prior to arriving in the bigger blockbuster events. The new Disney+ series, Andor, will detail the adventures of Luna’s character and may also bring back Rogue One‘s big villain, Orson Krennic (Ben Mendelsohn).

Are you excited about this brand new manga event from Star Wars? Let us know in the comments!