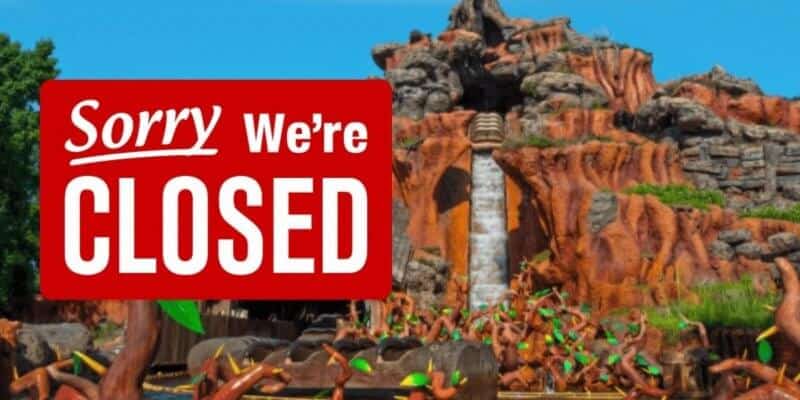 Earlier this week, we reported that the fan-favorite Magic Kingdom attraction, Splash Mountain, closed just a few moments after the opening of Magic Kingdom and remained closed for quite some time. The next day, June 30, the same thing happened. Now, today, this situation is occuring once again.

Magic Kingdom opened at 9 a.m. on July 3, in which Splash Mountain was immediately marked as temporarily closed on the My Disney Experience app. You can see this reflected in the screenshot below.

Since original publication, Splash Mountain opened to Guests almost one hour after the park opened. At 9:54 a.m. we checked My Disney Experience and the ride was up and running with a 5-minute wait.

WDW Stats also Tweeted that Splash Mountain reopened after a delay of 54-minutes:

Splash Mountain has been reopened after an interruption of 54 minutes. http://wdwst.at/detail/80010192 #MagicKingdom #WDW #WaltDisneyWorld #DisneyWorld

Splash Mountain has been reopened after an interruption of 54 minutes. https://t.co/YyI1L7z2gN #MagicKingdom #WDW #WaltDisneyWorld #DisneyWorld

Also, if you’ve missed it, Splash Mountain will soon be rethemed to the 2009 animated film, The Princess and the Frog. The announcement came just a few days after a petition made its round on the Internet asking for exactly this. However, it is important to note that Disney said that this project is something that has been in the works for quite some time now.

Though we do not have an exact timeline for when the project will begin at Magic Kingdom or Disneyland Park, or any additional details on what exactly the retheme will entail, Inside the Magic will keep you updated as we get information regarding this retheme.

Is Splash Mountain a must-do for you? Have these closures affected your trips this week? Let us know in the comments below.