Rise of the Resistance Goes Down For Hours - Inside the Magic 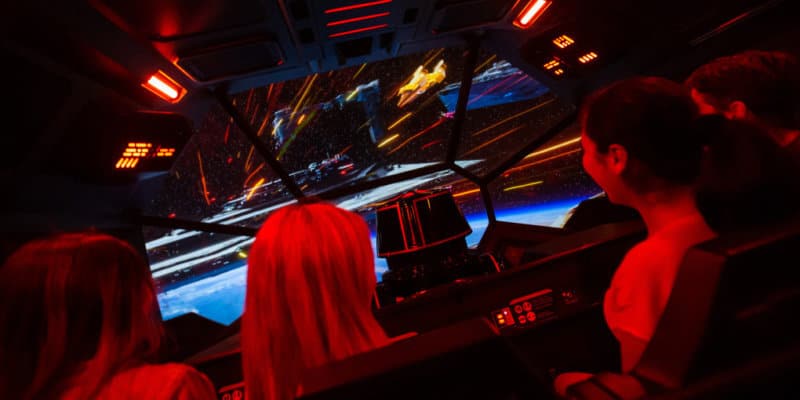 Star Wars: Rise of the Resistance is arguably the coolest theme park ride ever created — the Star Wars sequel trilogy-themed attraction can be found at both U.S. Parks, Walt Disney World Resort in Orlando, Florida and Disneyland Resort in Anaheim, California.

The version of the ride at Disney World’s Disney’s Hollywood Studios theme park is, unfortunately, facing some problems today as it has now been temporarily closed for over two hours.

WDW Stats on Twitter confirmed the closure at 10:01 a.m. EST:

Star Wars: Rise of the Resistance has been temporarily interrupted. On average, an interruption takes 41 minutes.

At the time of publication, the popular ride has not reopened. If you happen to be at Star Wars: Galaxy’s Edge today, the other attraction Batuu has to offer — Millennium Falcon: Smugglers Run — is up and running.

It is important to keep in mind that Walt Disney World Resort Cast Members do everything they can to keep rides and attractions at all four Parks — Magic Kingdom, EPCOT, Disney’s Animal Kingdom, and Disney’s Hollywood Studios — operational all day, every day.

However, unexpected downtime does sometimes occur due to mechanical issues or general maintenance. Rise of the Resistance is particularly known for its frequent breakdowns and may be undergoing construction soon to try to repair some of the issues it tends to experience.

If you secured a Rise of the Resistance boarding group in the virtual queue today and aren’t sure how to proceed given the unexpected closure, talk to a Cast Member or check the My Disney Experience app for the latest information.

Related: Can a VIP Tour Get You Access to Rise of the Resistance?

Comments Off on Rise of the Resistance Goes Down For Hours