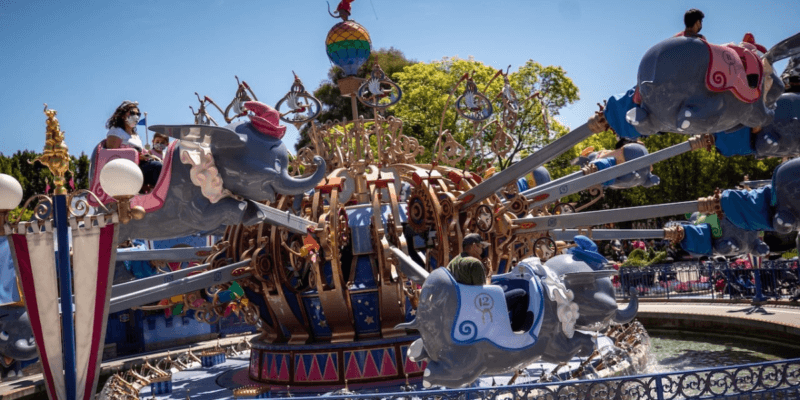 With new theme Park ticket deals, California residents can’t wait to get back to Disneyland at a discounted price…but for many, nothing will compare to having an Annual Pass.

Disney recently released a new theme park ticket deal exclusively for California residents. For as low as $83 per Guest, per day, you can visit the Disneyland Resort theme parks for three days all summer long through September 30.

The best part? Unlike a normal three-day Park ticket, you do not need to use the California resident ticket within a 14-day period. That’s right — you can purchase the California resident ticket in July and, for example, visit once this month, once in August, and once in September with no issues! Or, you a can visit three days in a row and make a long weekend trip out of it. Either way, you are good to go. Plus, eligible residents can also purchase up to five tickets per day.

The reason why this California resident ticket offer is so relevant to the discussion of Disneyland Resort Annual Passes is that it is targeting locals. Prior to March 2020 when the theme parks began their temporary closure amid the pandemic, a majority of Disneyland Guests were locals and Annual Passholders. Currently, there are no active Annual Passports, but former APs (now called Legacy Passholders) still want their Passes back — and most of them aren’t willing to pay full price for a ticket in order to visit the theme parks anytime they want. The demand for a Disneyland Annual Pass is quite high.

This California resident ticket deal is the most savings that Disney has offered since Disneyland Resort reopened on April 30, 2021. It is giving California residents — and, presumably, former Annual Passholders — the opportunity to save money and visit the theme parks for a much lower price than your typical Tier 5 summertime ticket. And it allows California residents to get their theme park fix all summer long before the holiday season truly begins. With this deal, Disney can bring in more California locals during the summer when they need to fill the Parks most. And if you’re a former Disneyland Annual Passholder who misses the Parks dearly, this ticket offer is probably hard to resist.

Once the holiday season begins, Disney doesn’t need to rely on the local crowd as much. The Halloween season may start in September, but it really gets busy at the Parks every October. Then, the holiday festivities — namely the Christmas offerings — begin in November, and from then onward Disney will continue to draw in tourists and Guests who typically only visit during the holidays. The theme parks are usually busy in October, November, and December, when your Disneyland and Disney California Adventure experience is elevated with extra offerings, seasonal treats, attraction overlays, and more. This is the time when people from far and wide make a visit to the Happiest Place on Earth to experience it during the merriest season of all.

But after the holiday season, the Parks can become slower. So, will that be when Disney brings back Annual Passes to the Disneyland Resort? How long will former Disneyland Annual Passholders have to wait until a new Annual Passport or membership program is introduced at Disney’s California theme parks?

Well, if Disney is trying to bring in more summer Guests at a discounted rate before the reliably busy holiday season begins, then it would make sense to wait to bring back Annual Passes until early 2022. Since a majority of Annual Passholders are locals, and this new California resident ticket deal targets locals, then it’s all but guaranteed that we aren’t going to get a new AP program until after September 30. But with the holiday season right around the corner, Disneyland Resort will be bringing in the crowds whether there is an AP program in place or not.

So, it stands to reason that it could be several more months until we get a new AP program at Disneyland. Some fans are convinced that a new Disneyland Annual Pass won’t be sold until January 2022, though this has not been confirmed by Disney.

But that doesn’t mean we won’t get news sooner rather than later. Disney officials are confirming that a new program is in the works. Keep in mind that Disneyland Resort President Ken Potrock said that the company will be “launching something before the end of the year.” He didn’t say, however, when the new program will officially start — only that Disney is still working on an “exciting new program” for the biggest and “most loyal fans.”

Disney still hasn’t officially stated exactly when Annual Passports, a new membership offering, a loyalty program, or anything remotely similar to an Annual Pass program we are used to will be reintroduced to the Disneyland Resort. Until Disney makes an official announcement, we’ll have to wait and see.

When do you think Disneyland will bring back Annual Passes? Do you plan to buy one as soon as possible? Let us know in the comments!