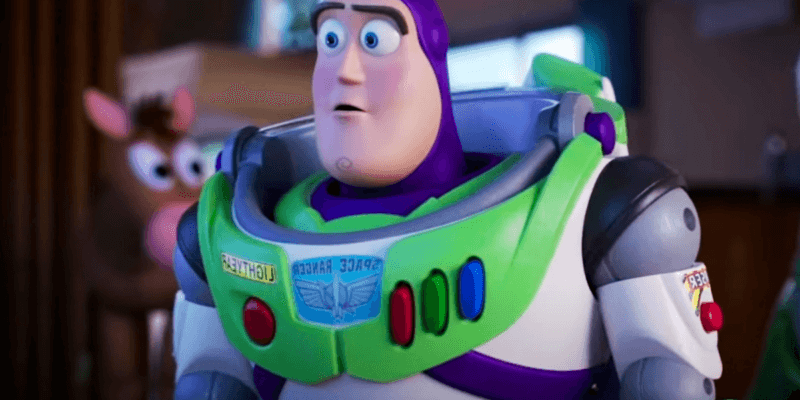 To many, Allen is Buzz Lightyear and the only voice for everyone’s favorite space cadet, much like actor Tom Hanks with Sheriff Woody. With the news of Marvel’s Chris Evans taking over the Lightyear belt from Allen, fans wonder why Tim Allen isn’t voicing Buzz Lightyear in Pixar’s upcoming movie, Lightyear.

Tim Allen is widely known for voicing Buzz Lightyear in all four Toy Story movies, quickly becoming a household name in the 1990s and 2000s with his multiple TV and film appearances.

During the Disney Investors Day 2020 event, The Walt Disney Company confirmed Pixar’s new film Lightyear, a prequel to the Toy Story franchise, and a closer look into Buzz Lightyear’s journey.

Possibly jumping to conclusions, Pixar fans began to speculate that Tim Allen was supposedly fired by Pixar or flat out replaced by Evans for this Toy Story spin-off movie. That’s not the case, however. There are no reports of Pixar and Allen having any disputes, nor has Allen spoken out on Chris Evans being the voice for the real Space Ranger.

The chilling trailer features the talents of David Bowie with “Starman,” giving viewers goosebumps as parts of their childhood are unlocked after seeing the original Buzz Lightyear suit.

Instead, Pixar Animation Studios focuses on the origin story of the real Buzz — the one the iconic toy was based on.

Like any American hero, they’re turned into a toy. In this case, Tim Allen would be the voice of the official Buzz Lightyear toy in the Toy Story world — not Chris Evans.

While familiar characters such as Evil Emporer Zurg (Andrew Stanton), Hamm (John Ratzenberger), Andy (John Morris), or Bo Peep (Annie Potts), the animated feature is sure to please kids and adults alike. The movie comes out the same year as Turning Red (2022), which is all about a girl turning into a red panda!

Coming from producer Galyn Susman and director Angus Maclane, the Pixar film blasts into theaters on June 17, 2022, and features a brand new voice for the beloved Space Ranger: Chris Evans.

What do you think of Chris Evans voicing Buzz? Let us know in the comments below!