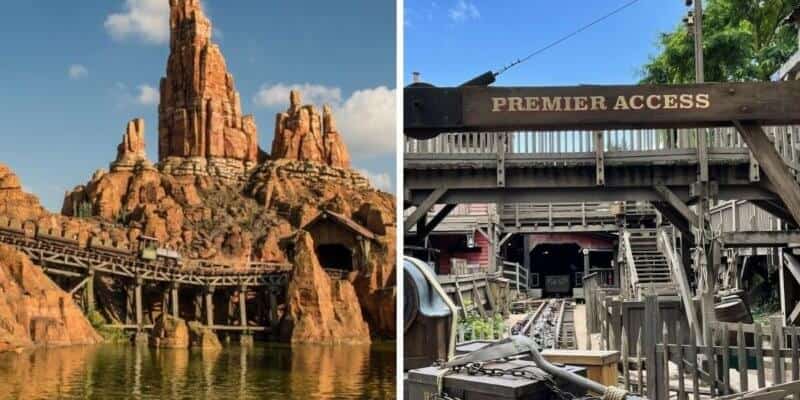 In case you haven’t yet heard, Disneyland Paris is doing away with its free FastPass system and, instead, is implementing a new paid system called Premier Access.

Now, as we approach the debut of Premier Access, we are continuing to see new signs installed onto popular attractions — the most recent being Big Thunder Mountain.

We have also already seen Premier Access signs installed at the entrances of Autopia, Ratatouille: The Adventure, Star Tours, and Tower of Terror.

As we mentioned earlier, Premier Access will debut at Disneyland Paris on August 5. The only other Disney Park that offers a Premier Access system at this time is Shanghai Disney. Both FastPass+ at Walt Disney World Resort and FASTPASS/MaxPass at Disneyland Resort remain suspended as a result of operational changes amid the ongoing pandemic.

The new Premier Access system will not be free like FastPass was. In fact, it will charge Guests around €8, which is just over $9, per ride at the theme park. Though, it seems that rides may vary in pricing depending on popularity. For example, more popular and E-ticket attractions may cost more than those rides that do not typically have a long line or such high demand.

It also looks like the prices for each attraction may change depending on what the time of year is. For example, if you visit Disneyland Paris during the peak seasons, Premier Access may cost more.

Premier Access, the new paid FastPass system, will debut on August 5 at Disneyland Paris. Would you be willing to pay to skip lines at a Disney Park? Let us know in the comments below.