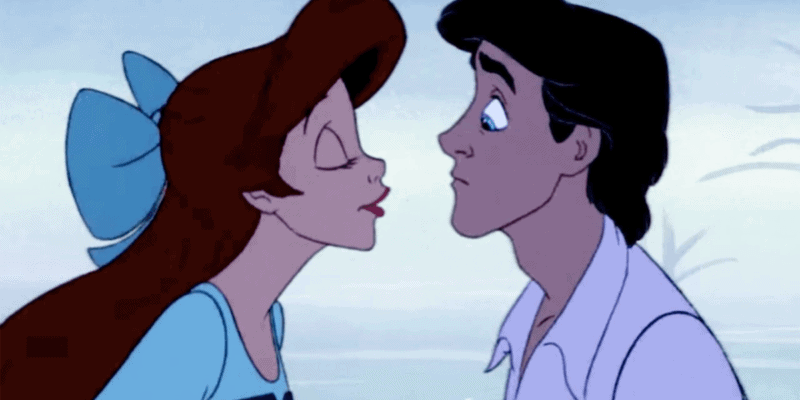 Ariel is a fan-favorite Disney Princess who stars in the 1989 award-winning animated classic, The Little Mermaid. The movie tells the story of Ariel, a mermaid who has always dreamed of going up on land despite her father’s orders to stay away as it is dangerous.

If you have seen the film, you know Ariel goes against her father’s orders and sees Prince Eric, who she falls in love with. Her father still will not let her go up to the surface and so Ariel runs to the sea witch, Ursula, who she makes a deal with — Ariel can become human if she gives up her voice. If she does not get Eric to fall in love with her in three days, Ariel belongs to Ursula.

But, what if we told you that none of that actually happened. What if, this entire time, Ariel was schizophrenic and imagined the entire film? Well, one fan theory suggests just that.

One Reddit user came up with a fan theory that suggests Ariel is actually schizophrenic. According to the National Institute of Mental Health, schizophrenia is defined as:

Schizophrenia is a serious mental illness that affects how a person thinks, feels, and behaves. People with schizophrenia may seem like they have lost touch with reality, which causes significant distress for the individual, their family members, and friends. If left untreated, the symptoms of schizophrenia can be persistent and disabling. However, effective treatments are available. When delivered in a timely, coordinated, and sustained manner, treatment can help affected individuals to engage in school or work, achieve independence, and enjoy personal relationships.

The theory states that Ariel has schizophrenia, Flounder and Sebastian are the voices in her head, and Ursula is actually Ariel’s doctor! The reason King Triton is so protective over Ariel is because of her schizophrenia, and he does not want to see her in danger.

The voices in her head are Flounder and Sebastian. They tell her that the world is better inside her head (under the sea). She longs to be “normal” (or Part of that World). Her father, Trident, is over-protective of her because of her Schizophrenia. Ursula is really Ariel’s doctor. She gives Ariel medicine to stop the voices in her head(gives her her legs), but because she has been living in her own world, she doesnt know how to communicate with normal people(she cant talk in the movie).

So where does Prince Eric come into play? Well, the theory suggests Eric is one of Ariel’s nurses who Ariel becomes obsessed with:

Eric is really a nurse that she becomes obsessed with. Ariel develops the idea that Ursula is trying to steal Eric from her(when ursula transforms herself to a beautiful woman to try and lure eric away from Ariel), therefore she stops taking her meds, so she goes back into her own world(Ariel goes back to the ocean in the movie). Eric then tells her otherwise, so she begins treatment again and learns how to live in the real world with the help of Eric (Ariel gets her legs and voice, marries Eric, lives happily ever after).

Though this theory does seem a bit far-fetched to me, personally, I must say that the creativity and thought process behind it is incredible. The Reddit user really did think of everything and found connections to every aspect of their theory, which I completely respect.

More on The Little Mermaid

What do you think of this fan theory? Did Ariel imagine the entire film? Let us know your thoughts in the comments below.