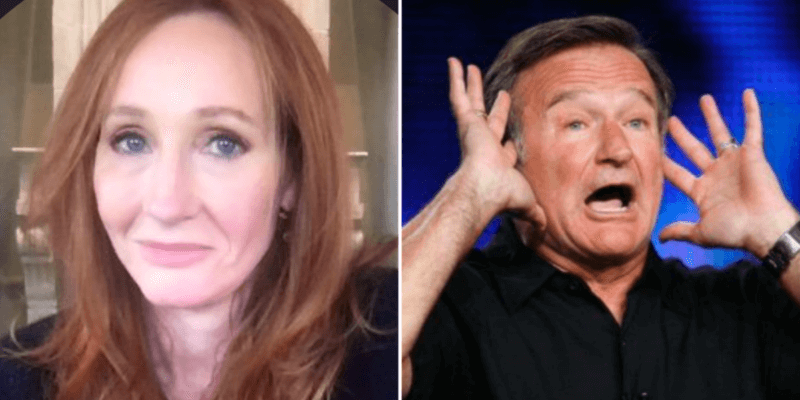 If there’s one film star that is universally adored, it’s Robin Williams. The late actor has an extensive back catalog of beloved movies. From Disney’s Aladdin (1992) to Mrs. Doubtfire (1993), Good Will Hunting (1997) to Shawn Levy’s Night at the Museum (2006), Williams has starred in some of the most critically and commercially successful films of all time. Good Will Hunting netted him the Academy Award for Best Supporting Actor.

At one point Williams might have appeared in the huge Harry Potter film franchise, in fact, the late comedian really wanted to so much so that he contacted Chris Columbus himself. There was just one hurdle — Williams’ nationality.

With an early start in performing, Williams originally found his career in stand-up comedy before being picked up by ABC to star as the titular alien in Mork & Mindy (1978-1982). Despite successes in films like Good Morning, Vietnam (1987), and Dead Poet’s Society (1989), the early nineties would see Williams become a massive box-office star with the release of Aladdin and Mrs. Doubtfire.

Williams’ performance as the Genie in the animated classic, Aladdin, has cemented the actor as a pop culture icon — his Genie character is perhaps one of the most well-known and adored Disney characters. For Mrs. Doubtfire, Williams’ improvisational skills came into play so much that director Chris Columbus has stated there are multiple versions of the memorable family film — yes, there’s an R-rated cut.

Not ten years later, Williams would go on to contact his old director to inquire about starring in his next project. The production? Oh, just Harry Potter and the Sorceror’s Stone (2001). Yes, the Harry Potter film franchise could have starred the magical Genie himself.

The Harry Potter movies are, of course, based on JK Rowling’s bestselling fantasy novels of the same name. The global phenomenon began its blockbuster film journey in 2001 with the release of Harry Potter and the Sorceror’s Stone, the series wrapped in 2011 with Harry Potter and the Deathly Hallows – Part 2. Starring Daniel Radcliffe in the title role of Harry Potter, the franchise also launched the careers of Emma Watson and Rupert Grint who played Hermione Granger and Ron Weasley, respectively.

The cast of Harry Potter also featured some of the most celebrated talents in the industry — Maggie Smith starred as Professor McGonagall, while Alan Rickman played dungeon master Professor Snape, and Julie Walters took on the role of the loveable Molly Weasley. That’s not to mention Richard Harris as Professor Dumbledore, John Hurt as Mr. Ollivander, and Richard Griffiths as Uncle Vernon.

And then there’s Robbie Coltrane as the iconic gamekeeper, Hagrid. It is this role that Williams wanted to play. Yes, Robin Williams might have appeared as Hagrid. While it is hard to imagine anyone else but Coltrane in the role — he was reportedly JK Rowling’s first choice for the part –, it is fun to imagine the eccentric Williams as the one to kick off Harry’s wizard journey to Hogwarts.

In 2016, HuffPost reported on the reason Robin Williams was unsuccessful in playing the role of the Hagrid. Speaking to the casting director, Janet Hirshenson, HuffPost revealed Williams didn’t land the character because of a production ban on using non-British actors — something author JK Rowling wanted from the beginning.

The “only British” rule was so important that Robin Williams was even turned down to play Hagrid […] Robin [Williams] had called [Chris Columbus] because he really wanted to be in the movie, but it was a British-only edict, and once he said no to Robin, he wasn’t going to say yes to anybody else, that’s for sure,” said the casting director. “It couldn’t be.”

This is a pretty well-known fact about the Harry Potter franchise but what is surprising that the edict couldn’t even be waivered for a superstar like Williams. The Genie actor actually commented on the situation in the early 2000s.

Williams had spoken about his thwarted Potter ambitions, telling the New York Post in 2001: “There were a couple of parts I would have wanted to play, but there was a ban on [using] American actors.”

We will most likely never know which other parts Williams had his eyes on due to his untimely passing in 2014. Williams’ tragic death shocked the world — the movie legend died by suicide from complications with Lewy body dementia. Last year, director Tylor Norwood released the documentary Robin’s Wish (2020) which took an intimate look at the actor’s life. He leaves behind his wife Susan Schneider Williams and three children including actress, Zelda Williams.

The comedian has a lasting legacy as one of the national treasures of the entertainment world and it’s safe to say there will never be another Robin Williams.

Would you have liked Robin Williams to play Hagrid in Harry Potter?