Do This and You May Lose Money at Avengers Campus! - Inside the Magic 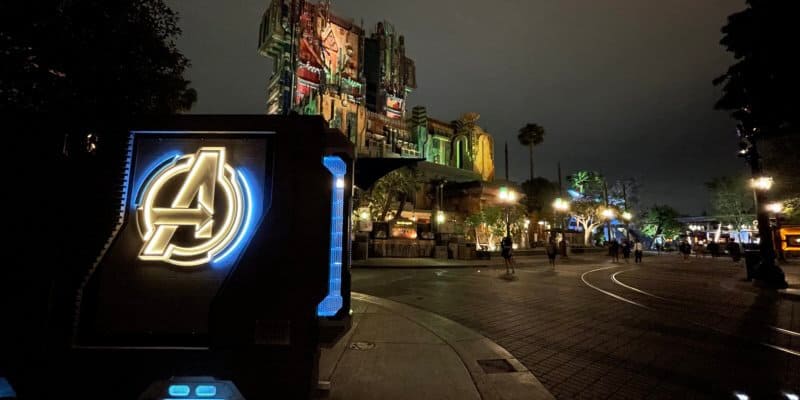 The much-anticipated opening of Avengers Campus finally happened, and the crowds descended onto Disney California Adventure Park. Virtual Boarding groups for the newest attraction — WEB SLINGERS: A Spider-Man Adventure — filled up in a matter of seconds at both 7 a.m. and noon, and a stand-by queue boasted an estimated wait time of 4 or more hours.

Before opening day, Disneyland Resort announced that the only way to secure entry into Avengers Campus was to get a boarding group for WEB SLINGERS — however, even that wasn’t guaranteed if the ride had unforeseen problems and broke down.

Pym Test Kitchen inside of Avengers Campus is currently operating on a solely mobile order system. For most of the day, Shawarma Palace and Shawarma Palace Too are primarily walk-up. Guests may wait for a drink at Pym Tasting Lab, but mobile order is encouraged there as well.

The key to mobile ordering is to not hit “I’m Here. Prepare my order” until you are actually inside the land. When you tell the Cast Members that you are there, they will begin to prepare your order. However, things can get backed up if you are not there while other diners are also waiting for their food.

It is important to note that theme park Guests who mobile order will not be charged for their meal until they say that they are there and the dining location begins preparing their food. So, if you miss your mobile order pickup window, but have not told them you are there, you will miss your food, but not lose your money.

However, that seems to be a one-and-done situation.

Theme park Guests who attended the second day that Avengers Campus was open were not allowed to enter the land simply because they had a mobile order. The Disneyland app is reinforcing that by sharing the information when Guests put in a mobile order. Five Fires YouTube (@thecaliebae) shared the message that users were now seeing.

Update on the Disneyland app for Pym Test Kitchen

Even though the Disneyland Resort app warns Guests that their mobile order won’t get them in, there are some that might try and see if Cast Members will let them in to pick up ordered food. Unfortunately for Guests that try this, they may not only be denied access, but they may also lose the money they spent.

When Guests use the Disneyland app to mobile order food, they put in their payment information and pay ahead of time. That way, when their pickup time starts, they can just hit “I’m here. Prepare my food” and pick their food up when it is ready.

However, once your food is ready after you hit “I’m here” you have a limited time to pick it up. If you do not pick up your food, you will be charged for the price of the order.

#avengerscampus update to mobile order process!!! As of today being day 1 of this process- people who are getting charged for not picking up there food or drinks from the lab in time will be charged but can get a refund at guest relations for today only but after today no refund will be process just a full charge of the food or drinks. I’m getting so much updates and I’m going to keep everyone posted as much as possible
Photos and info from @aimee_

It seems that even though Guests were being charged for orders they did not pick up inside of Avengers Campus, they were able to go to the Chamber of Commerce at the entrance to Disney California Adventure and receive a refund for their order. Although that will probably end in the next day or so as Guests are being given more than one warning about mobile ordering food in Avengers Campus.

Have you mobile ordered food from Avengers Campus? Were you able to go in and pick up your order? Let us know in the comments!

Comments Off on Do This and You May Lose Money at Avengers Campus!