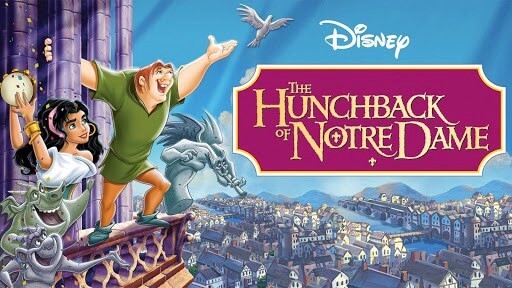 In 1996, Disney fans were first introduced to an animated version of a classic Victor Hugo tale when The Hunchback of Notre Dame premiered on June 21. The perpetually hopeful Quasimodo and his friendship with Esmeralda and (eventually) Phoebus — as well as some amazing singing gargoyles — enchanted fans around the world.

One of the more memorable songs in the film, Topsy Turvy takes place during the Feast of Fools — where everything is backward. There was a massive crowd dancing and singing in front of Notre Dame as Quasimodo first watched from above, and then joined in.

There are over 7,000 animated characters throughout the larger scenes in the film, however, they are only several men and women that were originally drawn. The CGI — computer-generated images — animation team at Disney took the core characters, gave them a variety of movements, plus a combination of over 100 different colored outfits.

The team was then able to randomize the crowd and movements, giving the scene a truly unique, celebratory look. The same CGI technique was also used to create the confetti that fell during the scene.

A Hero With a Beard

While it may sound odd, not many main hero characters in Disney films have beards. In fact, before The Hunchback of Notre Dame, none of Disney’s main heroes had beards. Captain Phoebus, who saved not only Quasimodo and Esmeralda but also a family whose house Judge Claude Frollo had tried to burn down with them in it, was Disney’s first hero to have facial hair.

Production at New Animation Studio (and a Foreign One)

While Walt Disney’s Burbank animation studio may seem iconic now, the building is relatively new. As a matter of fact, The Hunchback of Notre Dame was the first animated feature to be produced in the new studio.

In order to give the film some true authenticity, The Hunchback of Notre Dame was also partially animated in Disney’s Parisian Animation studio — another first.

Even though The Hunchback of Notre Dame is one of Disney’s more overlooked films, it has received a 71% Fresh rating on Rotten Tomatoes and is even being remade into a live-action film. 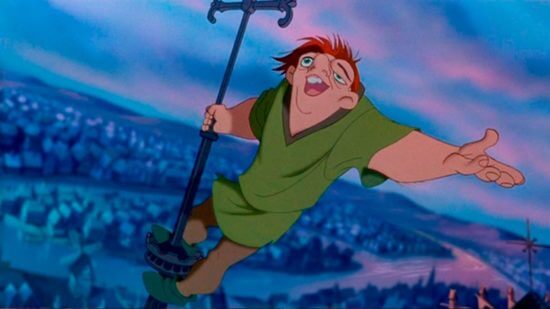 A remake was announced in 2019 and will bring back original songwriters Stephen Schwartz and Alan Menken. Josh Gad — star of Frozen (2013) and Beauty and the Beast (2017) — will be producing, but there is no word on who will star in the film or when the film is slated to debut at this time.

Do you love The Hunchback of Notre Dame? Are you excited about the live-action remake? Let us know in the comments!