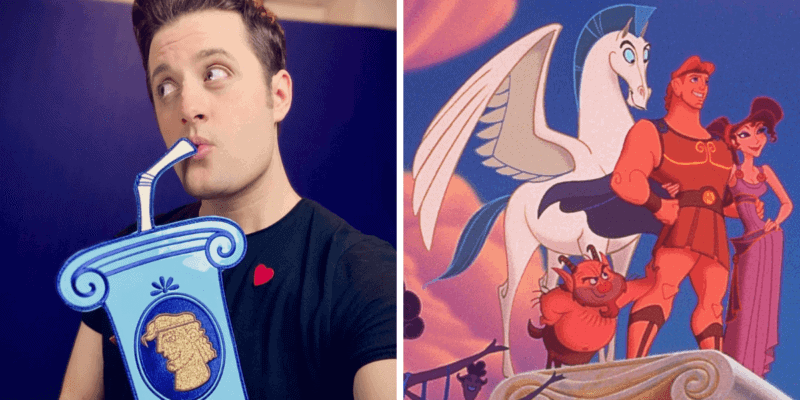 Ten years ago, Pixar Animator Nick Pitera released a medley of Disney songs on YouTube that he had created. He did this by filming himself singing the same songs in different keys, then putting all of those together to create one incredible video.

In the years since its release, it has amassed over 20 million views. He sings songs from a number of Disney classics, including Beauty and the Beast (1991), Aladdin (1992), The Little Mermaid (1989), and more! You can check out the original video below:

To celebrate the 10-year anniversary of the release of his original medley, Pitera has released a new medley, and it is just as incredible as the first.

In the first video, he sang songs that covered a wide range of popular Disney songs. In this new video, he focuses specifically on Disney songs from the 1990s and what category they fall into.

His performance begins with what is called the “Opening Number” and sings ‘The Bells of Notre Dame” from The Hunchback of Notre Dame (1996). He then continues to what are known as “I Want”, “The Montage”, and “The Finale” songs, among others.

Pitera’s career with Disney and Pixar began about two years before he released the original medley video to YouTube. He has worked in the Visual Effects department of numerous Disney/Pixar films, including Up (2009), Brave (2012), The Good Dinosaur (2015), and Onward (2020).

Most recently, he was the Set Modeling Artist on Disney/Pixar’s upcoming film, Luca.

Luca will be released for no additional fee on Disney+ on June 18. It is described by Disney as:

Set in a beautiful seaside town on the Italian Riviera, Disney and Pixar’s original feature film “Luca” is a coming-of-age story about one young boy experiencing an unforgettable summer filled with gelato, pasta and endless scooter rides. Luca shares these adventures with his newfound best friend, but all the fun is threatened by a deeply-held secret: they are sea monsters from another world just below the water’s surface.

Nick Pitera does not sing only Disney medleys. You can visit his YouTube Channel to see him sing medleys from other hits such as The Greatest Showman and Hamilton. You can also view him showcasing his immense talent on his Instagram.

Do you follow Nick Pitera? What is your favorite video? Let us know in the comments below.

Comments Off on Check Out This Incredible One Man Disney Medley!