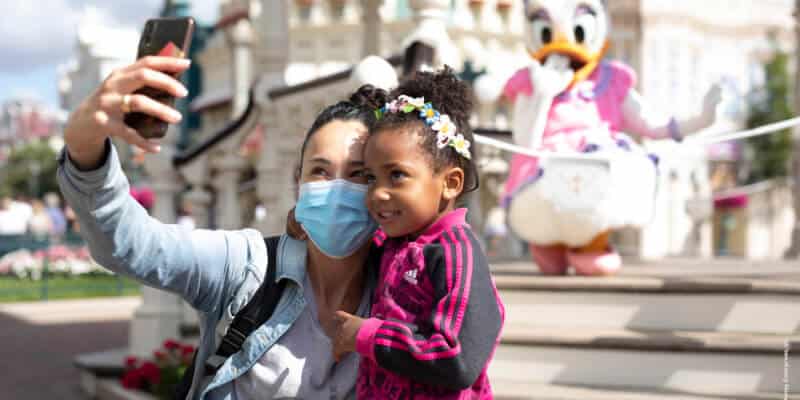 However, now, as the most popular theme park in Europe, many are hopeful the official reopening of Disneyland Paris will kickstart a tourism recovery.

In case you aren’t aware, Disneyland Paris went through a bumpy road due to the pandemic. The theme parks originally reopened on July 15, 2020 following its first closure due to the ongoing pandemic. However, theme park officials then made the decision to close for a second time in October 2020 due to French government regulations. Originally, Disneyland Paris aimed to reopen on February 13, 2021, but that was not the case.

In fact, come January 2020, the theme parks had to push that originally anticipated reopening date back, again due to French restrictions.

Now, many are speaking out about how happy they are to see Disneyland Paris reopen and how this could be the kickstart of a tourism recovery. Per The New York Times:

The official reopening last week comes as France, the world’s most-visited country before the pandemic, discards many of its remaining Covid-19 restrictions and attempts to revive its tourism sector, which accounted for 7.4 percent of the country’s gross domestic product in 2018. Disneyland Paris — which attracted more than 9.7 million visitors in 2019, more than the Louvre, the Eiffel Tower or the Palace of Versailles — could be a key part of that recovery.

Many flocked to Disneyland Paris to once again soak up the magic and see Mickey Mouse from a safe social distance. One Guest, Tamara Quisser, 24, told The New York Times how great it was to be back:

“It’s just so nice to be back,” said Tamara Queisser, 24, shouting to be heard over the music and wiping away the tears that were wetting her face mask. She had traveled nearly 400 miles from her home in Germany to attend the reopening of the park, which she said she had visited about 10 ­times before it closed during the pandemic. “It’s unbelievable,” she said, gazing around in her silver-sequined mouse ears. “Disney has been my big love since childhood.”

The Guests are not the only ones happy to see the park reopen. In fact, Disneyland Paris is considered to be the most popular theme park in Europe and according to the French tourism minister, Jean-Baptiste Lemoyne, Disneyland Pairs is an “economic powerhouse”. Per The New York Times:

“The park is an economic powerhouse,” the French tourism minister, Jean-Baptiste Lemoyne, said, noting that it has generated 70 billion euros, roughly $83 billion, of added value for the French economy since it opened in 1992. “There is really a whole dynamism in the eastern part of the Paris region that has arrived because of Disney,” he said. “It attracts an enormous number of foreign visitors.”

Because Disneyland Paris attracts so many visitors, both locals and foreigners, many are hopeful the reopening will bring in more money and will bring back tourism in the area.

In regards to locals, many of the residents are Disney employees. Before the pandemic hit, Disneyland Paris had approximately 17,000 Cast Members, which, according to NY Times, is “the largest single-site employer in France”.

Disneyland Paris had to close for nearly 12 months due to the pandemic, however, the good news is most of the Cast Members still have their jobs. The NY Times continued:

“We negotiated with the company, and we didn’t have any layoffs,” said Djamila Ouaz, the head of CFDT Disney, the largest union of Disneyland Paris workers. She added that about a thousand workers had opted for buyout packages but said that all were taken voluntarily. Many of the remaining employees received unemployment benefits, she said, with their salaries supported by the French government.

All in all, Disneyland Paris officially reopening is bringing joy to so many. Not only are Guests ready to get back into the magic, but as the most popular theme park in Europe, many are hopeful it will help tourism recovery.

Are you excited to see Disneyland Paris officially reopen? Will you be visiting? Let us know in the comments below.