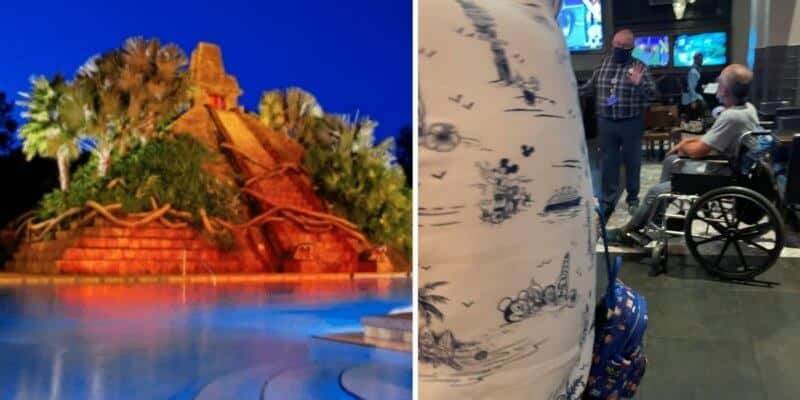 When Guests visit Disney Parks, it is always important to ensure that they follow all of the rules and regulations put in place by the company, or there can be serious consequences, such as being removed from a location or banned from the theme parks for a certain period of time.

While at Disney properties, such as Walt Disney World Resort, Guests can enjoy all the attractions and create memories with family and friends. But, while doing so, Guests must remember that they are on private property, and Disney has their own set of rules that Guests must abide by. The rules put in place by Disney are there to protect Guests, Cast Members, and the integrity and magic of the parks.

On June 12, one Guest was removed from a dining location at Disney’s Coronado Springs Resort due to an altercation that happened at the bar. Later into the evening, a gentleman entered Rix and immediately asked everyone at the bar if they wanted a drink. Management mentioned that he had been doing this outside at one of the outdoor drinking locations. He and another Guest got into an argument, and the gentleman who originally entered the bar ended up becoming quite irate, apparently screaming loudly while moving around the dining location.

As the situation progressed, a manager quickly entered the scene and told the Guest that he had to leave immediately. Although there was pushback, Cast Members were able to escort the Guest out of the restaurant safely. The management team went around to all Guests who were dining or drinking at Rix to apologize for what happened.

As you can see, Disney has the ability to remove any Guest who is breaking any rule from any location of their choosing while on property. One of Disney’s rules note:

It became quite clear that the Guest was engaging in an unsafe act as the screaming began, which is why he was swiftly removed from the location. If Guests choose not to comply with Disney’s rules or regulations and choose to ruin the magic that the theme park works so hard to preserve, there will be consequences, just as there would likely be in any other privately owned establishment in a tourist setting.

Consequences can also range to something more serious than removal from a dining location, as some Guests have received lifetime bans from the theme park after breaking certain rules. We recommend that all Guests be aware of what Disney rules and standards are before visiting any Disney property.

This will help you and your family have a safe and fun Disney Parks vacation! If you are ever unsure of whether or not something is allowed, you can always ask a nearby Cast Member.

For all of the rules set out by the Walt Disney World Resort, click here.