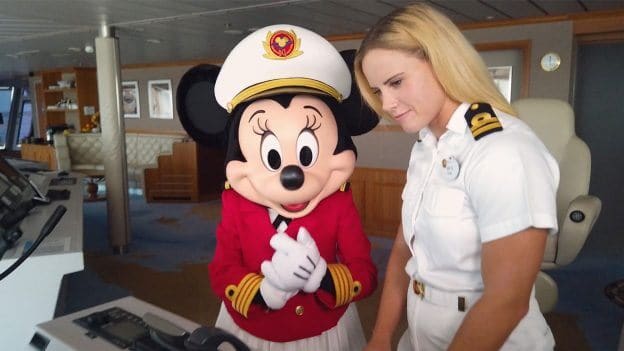 Earlier today, it was confirmed that Disney Cruise Line has received approval from the Centers For Disease Control and Prevention (CDC) to launch a two-night test cruise on the Disney Dream cruise ship from Port Canaveral in June 2021.

This is a major step forward for the cruise operator, who has not currently set a date for a domestic return to sailing following its COVID-19 shutdown.

Per the CDC’s Conditional Sailing Order (CSO), all cruise operators must conduct test cruises on their ships in order to receive conditional sailing certificates. Test cruises are one of two options for cruise ships to be able to allow passengers back onboard. The other choice is to confirm that 98% of crew members and 95% of passengers are fully vaccinated.

Disney has seemingly opted to go the test cruise route.

Initially, when Disney Cruise Line’s first test cruise was announced, it was unclear who the volunteer passengers would be. Now, it has been confirmed that only Cast Members will be able to apply for the Disney Dream‘s first sailing in over a year.

According to Orlando’s News 13:

In a statement today shared by News 13, a Disney Cruise Line spokesperson said:

​“We have reached an important next step toward our gradual and responsible resumption of service, and are grateful for the productive dialogue with state, local and federal officials, the CDC and others in our industry that has made this possible. We look forward to our amazing crew once again creating magic for our guests and to helping the many workers who support our industry get back to work.”

At this time, it is not known when Disney’s other cruise liners — the Disney Fantasy, the Disney Wonder, and the Disney Magic — will return to sailing.

Walt Disney Company CEO Bob Chapek previously indicated he was hopeful for a fall 2021 return to sailing for the entire Disney Cruise Line fleet. This now seems to be within reach thanks to this new announcement, though nothing has been confirmed officially.

The status of the pandemic-related health and safety protocols onboard the new Disney Wish ship remains unknown at this time. Disney’s first Triton Class vessel will take her maiden voyage in June 2022.

What do you think about Disney only allowing Cast Members on test cruises?

If you are interested in using a future cruise credit from a canceled sailing or in booking a brand new Disney Cruise Line vacation, let the expert team at Academy Travel help! They can help you plan a Disney Bahamas cruise to Castaway Cay, a Mexico Disney cruise to the Baja Peninsula, or a trip to any other DCL destination worldwide.