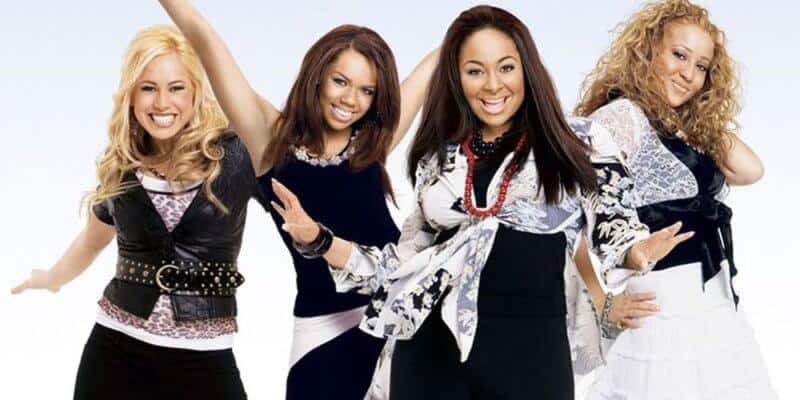 The Cheetah Girls were one of the most popular girl groups in the 2000s. In case you aren’t familiar, the group consisted of Adrienne Bailon, Kiely Williams, Sabrina Bryan, and Raven-Symoné. They went on to make music, movies, and more as they became role models for so many teenagers during the early 2000s.

In 2008, the group members decided to part ways as they were getting older and the movie franchise ran its course. When the Cheetah Girls broke up, they each decided to focus on their own individual careers.

Now, nearly 13 years later, one of the Cheetah Girls is speaking out on a possible reunion!

Kiley Williams recently sat down with Entertainment Tonight to talk about girl groups and Cheetah Girls, even hinting at a possible reunion!

“Cheetah Girls is probably the avenue that it would be just because regardless of past history, everyone is so professional. There is a healthy amount of ego there, but I really think that we all approach the Cheetah Girls from a really professional standpoint,” Williams said of a potential Cheetah Girls reboot, which she added is more likely than reconciling with her former 3LW bandmates.

She continued, “Participating in the Cheetah Girls felt good because you were inspiring young women, you got to see 6-year-old kids and their eyes light up. It was just such a fulfilling experience.”

Williams continued to explain that even though she and former Cheetah Girl, Adrienne Bailon, no longer speak, she feels that an opportunity like this is something that couldn’t be passed up. Per ET:

“I can’t see all the women saying no to that, just because of how good I know it made all of us feel, so you never know,” she shared.

Williams continued to talk about the music industry, specifically girl groups as a whole, saying:

“Women can work together in every other industry in the world, and it just seems like girl groups, it’s like something always happens and there’s drama and infighting and all that stuff, and I just wanted to dispel that myth, because I don’t believe it’s true. I really do think that if women come together working towards a common goal, we can do absolutely anything.”

For more of Entertainment Tonight’s interview with Kiley Williams, visit their website here.

All of the Cheetah Girls movies are streaming now on Disney+. If you are not yet signed up for the service, get started here.

Would you like to see a Cheetah Girls reunion? Let us know in the comments below.