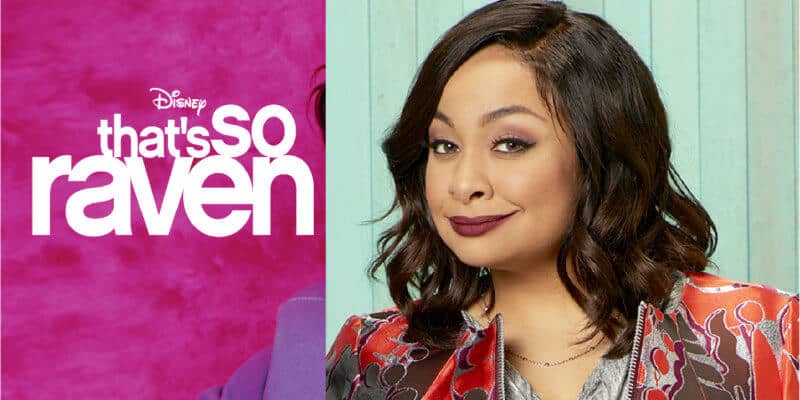 If you’re one of many fans who have been following Raven Symone’s career since her Disney Channel roots, you’ll love this interview from Disney! With the season 3 finale of the hit show Raven’s Home approaching, Raven discussed her role in the show both as one of the lead characters, and behind the scenes, as well as the future of Raven’s Home.

Raven on Having Been Cowriter and Director

When asked about her experience co-writing the season 3 finale of Raven’s Home, Raven stated,

“It’s just a wow. I’ve never written an episode before, and I did not do it by myself (I’m not going to take claim to that). Warren Hutcherson (our showrunner and executive producer) really helped me out and so did the entire writing staff, so I have to give props where props are due. This was definitely a fun experience and I’m excited to be a part of the finale of season three!”

Related: Disney Fans Start Petition for Disney+ to Add “Cory In The House”

Raven has proven to be multi-talented in many facets of the entertainment industry. In addition to acting and writing, she is also famous for being a part of the music group The Cheetah Girls, and also worked as producer and director for multiple projects. When asked how co-writing an episode is different from directing an episode, Raven stated,

“Directing requires a different skill set than writing and is a different process altogether. To be honest, I’m partial to directing, and hopefully in the future Warren will teach me some more and I will get more involved in writing. With writing it’s more about being in a room writing scripts or fixing things on the stage, whereas with directing, you’re making sure everybody is working in tandem and you’re kind of the conductor. So there’s a lot of differences.”

Raven seems to really enjoy her time on the set with the cast of Raven’s Home. When asked about her favorite memory on the set, she brings up “Onesie Wednesdays”, stating,

“Every Wednesday, crew, writers, Disney Channel execs, or anyone who comes on our set is “pushed with love” to wear a onesie. So watching grown men and women who are usually in suits in a full-on footed onesie just brings me joy.”

It’s clear that Raven finds a lot of joy being in the entertainment industry. When asked how she feels about fans re-watching That’s So Raven now that it is streaming on Disney+, Raven shared,

“It feels great. That’s the great thing about the industry I’m in. You can watch the things I’m in from when I was 3 years old to now. So seeing everybody going back and enjoying it really brings me a lot of joy.”

It’s great for us fans as well who have been binge-watching our classic favorites now that they’re streaming on Disney+!

Are you a fan of Raven Symone and her works in That’s So Raven, Raven’s Home or The Cheetah Girls? Let us know in the comments below!