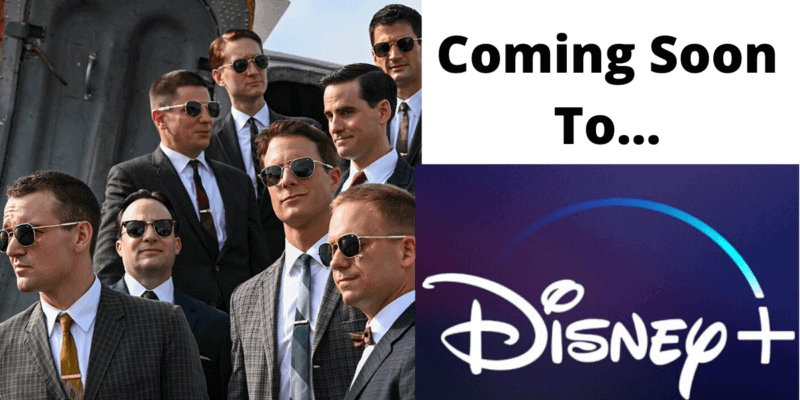 Disney Plus has continued to serve up a stream of quality content, whether that be Star Wars, Disney, or Marvel-based. From animated series to live-action movies, the streaming service has consistently delivered.

Disney has today announced that a new tv show will be coming to Disney Plus in fall this year but it’s something you might not have been expecting.

Yes, The Right Stuff, the classic story of the early days of the American Space program will be developed by National Geographic as a miniseries for Disney Plus.

The tv series is an adaptation of the famous movie and 1979 book of the same name. The scripted television series follows America’s ambitious astronauts as they became instant celebrities.

The Right Stuff will join the increasingly varied original content making its way onto Disney Plus. Disney had a few growing pains since it launched the streaming service, but original series like Star Wars: The Mandalorian have helped immensely.

Disney Plus software updates have also helped to cement the streaming service as a platform that’s here to stay. A backlog of classic films and tv shows like Star Wars: The Clone Wars, Iron Man, and Toy Story certainly hasn’t hurt either. But if Disney wants to compete with Netflix in the long term, less Disney driven original content like The Right Stuff is going to need to keep coming.

Of course, upcoming original content from Marvel Studios like The Falcon and the Winter Soldier and Fury Files will only strengthen this position, but it’s good to see Disney branching out and pushing that 20th Century Fox acquisition to its fullest.

President of Content and Marketing for Disney Plus Ricky Strauss clearly agrees;

“As our audiences around the world turn to Disney+ to find inspiration and optimism, we believe the true-life heroism of the Mercury 7 will showcase the tenacity of the human spirit and inspire a new generation to reach for the stars … The wonderful team of storytellers at National Geographic, Warner Horizon Scripted Television and Appian Way have crafted a compelling and entertaining tale and we are honored to give it a global home as the first scripted Disney+ original series from National Geographic.”

As much as we love Marvel movies like The Avengers, Captain Marvel, and the Captain America trilogy, it’s great to see Disney providing a wider breadth of content that will give any Disney fan something to love.

At the end of the day, Disney is so much more than just Star Wars, The Marvel Cinematic Universe, and the theme parks. This mammoth company has its mousey paws in so many film companies that a scripted series based on a classic drama film might just be the beginning for Disney Plus’s original content revolution. Watch this space Disney fans.

Will you be watching The Right Stuff on Disney Plus? What is your favorite Disney movie? Has Disney Plus lived up to the hype for you? Let us know in the comments below.