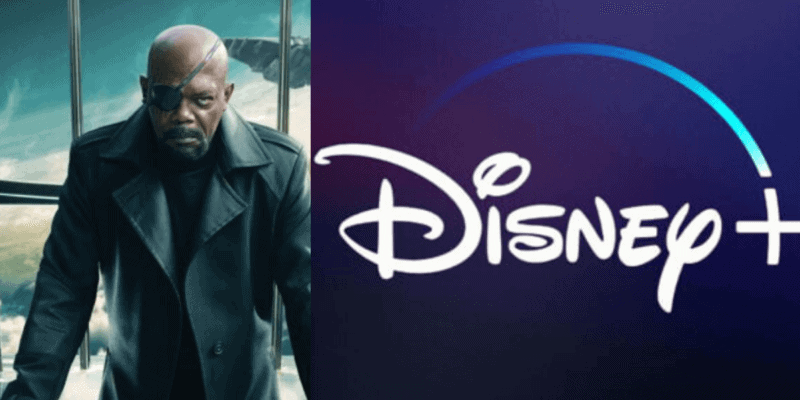 Marvel fans rejoice! You can now learn everything there is to know about your favorite Marvel heroes and villains with the Director of S.H.I.E.L.D, Nick Fury!

Coming to Disney Plus this month, the series premiere of Fury Files will drop on Friday, May 15th. Fury Files will explore the good, the bad, and the ugly of the animated Marvel universe through dossiers written by Nick Fury himself.

Each new episode will look at different Marvel characters from popular shows like The Avengers: Earth’s Mightiest Heroes and X-Men: The Animated Series. Fury will tell the tale of each hero and villain in an anthology format, rather than a straight story series. It’s unclear whether Disney will drop the whole season on day one, or whether there will be a new episode released every day or week.

It’s also unclear whether it will be Samuel L Jackson’s interpretation of Fury, but we’re hopeful!

Disney knows that there is an audience itching for an animated Marvel TV show to rival the plethora of animated Disney and Star Wars content within the Disney gallery on Disney Plus. While Fury Files won’t exactly rival the Netflix Marvel shows or its own Disney – Marvel Cinematic Universe originals, it still sounds like a lot of fun!

Marvel’s Synopsis of Fury Files on Disney Plus

Disney dropped the following announcement on the Marvel website in a post announcing upcoming tv shows set to land on Disney Plus this month.

‘You shouldn’t be surprised that Nick Fury has files on every single Marvel Super Hero. Fury Files gives viewers top-secret access to S.H.I.E.L.D. intel on key Marvel heroes and villains. All of this is told by none other than the mysterious Fury, bringing together a mix of animation and motion comic art! Looking to download a bunch of information about every single hero? Fury’s got you covered.’

While probably not the Nick Fury show that MCU fans were hoping for, we think that Fury Files looks like a great addition to the Marvel section of Disney+.

With all of the Marvel heroes and villains out there, it’s cool to have a Disney series that will break them down in detail for us. It’s also great that the show will go straight to Disney Plus, as it sets a precedent for future low-key series to be sent straight to the Disney streaming service.

Disney Plus continues to grow as Disney continues to supply more and more original Marvel, Star Wars, and of course: Disney content for all Disney property fans to enjoy.

While this sadly isn’t the Marvel answer to Disney’s The Mandalorian, any new Disney Plus content that features our favorite Marvel heroes is a win in my book. It’s also great to see acknowledgement of past and present Marvel animated series like those previously shown on Disney XD.

For Marvel and Disney fans alike, Disney Plus continues to be a great investment. Disney shows like Fury Files and Disney Rapunzel’s Tangled Adventure continue to show that the streaming service has tv shows for every Disney and Marvel fan.

Marvel’s Fury Files will premiere on Disney Plus this month on May 15th.

It probably goes without saying, but as a Marvel and Disney property, Fury Files is exclusive to Disney Plus!

Which upcoming Disney, Marvel, or Star Wars movie or series are you looking forward to? Has Disney Plus lived up to the hype for you? Will you be watching Disney and Marvel’s Fury Files on Disney Plus?