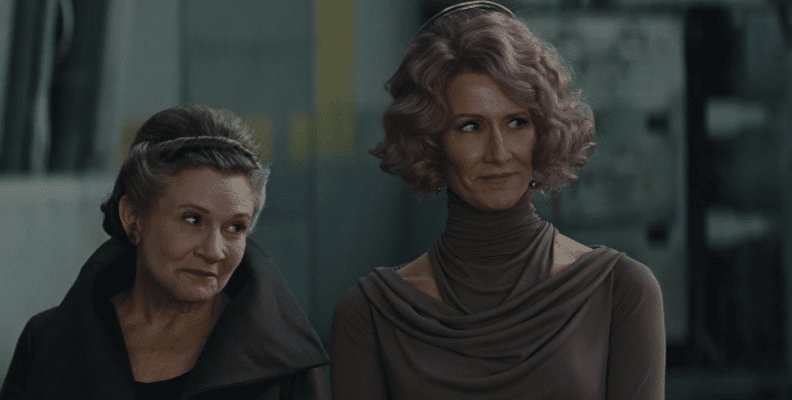 Star Wars has once again proven some characters deserve more time in the galaxy, and if there is one thing that the franchise is good at, it’s making them show up in unexpected places.

The latest character return comes in the form of a Star Wars sequel trilogy favorite.

While critics seemed to love it — the sequel has a 90% critic score on Rotten Tomatoes –, some fans of George Lucas’s Star Wars universe have called for its removal from the Star Wars canon. That being said, Johnson’s polarizing movie did explore previously unchartered areas of the Star Wars galaxy and dramatically subverted expectations, especially when it came to the villain of the piece, Supreme Leader Snoke, and Rey’s parentage.

Rey (Daisy Ridley) continued her Force and lightsaber training with Luke Skywalker (Mark Hamill) even as she pulled ever closer to Adam Driver’s Ben Solo AKA Kylo Ren, all the while General Leia Organa (Carrie Fisher) led the fleeing Resistance, including John Boyega’s Finn, away from the First Order. With the returning characters, as well as new ones joining the fray, The Last Jedi is an action-packed event. One of these new characters had quite an impact in Johnson’s film — Laura Dern’s Vice-Admiral Holdo.

First appearing in Claudia Gray’s novel, Star Wars: Leia: Princess of Alderaan, an older Amilyn Holdo made her live-action Lucasfilm debut in The Last Jedi. An unconventional leader, Dern’s new character in the Star Wars movie ended up providing the Resistance their only chance at survival when she made the ultimate sacrifice, killing herself to decimate the First Order’s fleet in a dramatic scene.

Albeit slightly different from her literary counterpart — although it could be said that age has changed her –, Dern’s Amilyn Holdo was a stoic stand-in leader when Leia ended up in a coma, showing that these two are more than just on the same side, they are trusting friends. Their friendship, of course, was depicted in Gray’s novel during their missions as part of the Rebel Alliance.

Now, Star Wars is again bringing back this Last Jedi character in a surprising way. The Star Wars Marvel Comics series, which gives fans a chance to see what happens in the galaxy in between the blockbuster movies and television shows, has just brought Holdo back into the Star Wars saga canon.

Currently operating a huge crossover event, the War of the Bounty Hunters — which also saw the return of Solo: A Star Wars Story‘s (2018), Qi’ra –, the comic book series shows that the hunt for a carbonite-frozen Han Solo is the galaxy’s biggest quest. After Boba Fett loses his bounty on the way to Jabba the Hutt on Tatooine, legions of bounty hunters try to get their hands on the Millennium Falcon pilot.

In the preview pages for Star Wars #14, Leia — along with Luke Skywalker, Chewbacca, and C-3PO — is seen receiving a message from her old friend who has some rather unsettling information for the squad.

Followers of the Marvel Comic series are likely to get a shock to see this Last Jedi character make her Star Wars return — even if, this event is in the past. The cross-platform storytelling of Star Wars continues to outshine other franchises. With so many interconnecting stories across film, television, and literature, Lucasfilm proves its worth when it comes to creativity.

Hopefully, Star Wars will continue to grow its franchise in new and interesting ways… and continue to bring back fan-favorite characters.

Do you think we will see more of Vice-Admiral Holdo? Let us know in the comments!