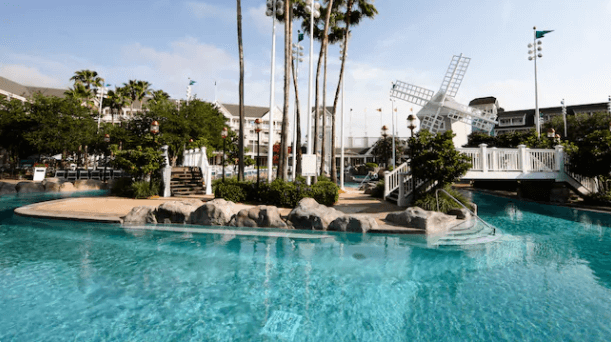 Walt Disney World Resort is unlike any experience you will ever encounter. With over 30 Disney Resort hotels, good neighbor hotels around Disney World, and four incredible Disney theme parks you are bound to enjoy yourself and make some amazing Disney memories that will last a lifetime.

Regardless of the worldwide pandemic and health procedures put into place in the parks, we can all agree that Disney World Resort and the Cast Members have provided impeccable service this year, but have you ever experienced something so odd during your recent Disney vacation that you just had to share it with the world?

One Disney Guest visiting Disney’s Yacht Club was intrigued to share a strange situation that Disney Guests may see while visiting this specific Disney Resort.

Have you seen this?

Disney has hinted to Guests that they may be able to enjoy Disney World and Disneyland Park in a normal setting once again as vaccinations have quickly dispersed throughout the United States of America. CEO Bob Chapek spoke in a Q&A at the J.P. Morgan Conference yesterday about Disney Cast Members and the upcoming future of Disney Parks. Within the conference, Chapek gave us all hope that we can all enjoy Disney the way we all used to even if that means crowded theme parks again.

But before we are all ready to see this pandemic era say goodbye, check out this hilarious and very weird experience Disney Guests may find inside a bathroom outside of Disney’s Yacht Club. It seems Disney is ensuring Guests really understand the recommended pandemic rules as one Disney fan found a sign yesterday at Disney’s Yacht Club that is usually seen inside a Disney theme park, such as Magic Kingdom.

Disney fan @expedition_neverland on Tiktok was confused to see a physical distancing sign inside the bathroom stall! They were curious whether this was placed by a Disney Cast Member as they shared the following:

Although many bars and bathrooms provide informational reminders to read, Expedition Neverland says generally Disney will disperse these signs in places where distancing is necessary like attraction lines and theme park entrances.

I personally had a good laugh while watching this. It’s hard to believe anyone would have to distance themselves from other Disney visitors inside a Disney bathroom stall and found the placement of this sign very odd.  My question while watching this is, did a Disney Cast Member who was in charge of placing signs around the Resort actually place this here, or was it moved? Perhaps by a Disney Guest of Disney’s Yacht Club Resort trying to be funny?

Disney’s Yacht Club is a must-see and provides Disney Guests with the convenience like no other Disney World Resort! Next to Disney’s Beach Club Resort, this classic marina style Resort features a “life-sized shipwreck, pools, lagoons and more at Stormalong Bay—a 3-acre water wonderland” as Disney’s website states:

Either way, many are looking forward to the day all of these physical distancing signs are removed as Disney prepares Walt Disney World Resort in Orlando and Disneyland Resort in California to normalize operations this year and bring back the Disney magic we all surely miss.

Have you seen something weird like this while visiting Walt Disney World? Let us know your oddest experiences in a Disney Park in the comments below!

Need advice planning your next Disney adventure? Our friends at Academy Travel are EarMarked Diamond and can help!