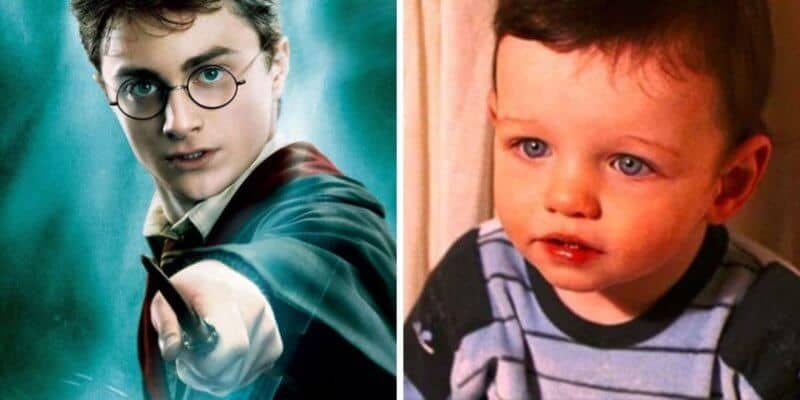 Here’s a wild theory about the horcrux inside Harry Potter — was it protecting him from a young age?

This theory once again comes courtesy of Reddit, from user EquivalentInflation. Full props to them for this fantastic theory!

Yes, according to this Reddit user, the reason Harry can do magic before attending Hogwarts is due to Voldemort’s presence inside him. So, when he removes the glass pane to trap his cousin Dudley Dursley in the snake exhibit, for example, that’s because of Voldemort. Or, rather, his horcrux.

The user talks about several scenes from the book where Harry uses magic, despite having no formal training at that point. How can he do these things? Is he simply an unnaturally talented wizard? EquivalentInflation suggests not. They suggest that the magic comes from the horcrux, as a form of protection. Notably, they mention that the other horcruxes (such as Slytherin’s locket, the diadem of Ravenclaw etc), have demonstrated the ability to defend themselves when in danger.

As Harry himself is the final horcrux, the theory suggests that Voldemort’s soul is simply protecting itself in the same way, during these moments. Here’s a snippet from the post:

The horcrux part of him likely was also responsible for making the pane of glass disappear on Dudley. The horcrux recognized the tormentor that had attempted to harm its host, and decided to try and remove it, by dropping Dudley into the enclosure of a deadly snake. Even if it failed (as it did), it meant that Dudley would likely be terrified of Harry’s power (which he later was, until he found out Harry couldn’t do magic outside of school).

A horcrux is a part of a person’s soul that has been separated and placed in an object. In the movies, we first hear about them in The Half-Blood Prince (2009) when Horace Slughorn explains the magic to Harry. As Rowling notes in the book, it’s “a receptacle prepared by dark magic in which a Dark wizard has intentionally hidden a fragment of his soul for the purpose of attaining immortality.” However, Lord Voldemort (Ralph Fiennes) took this a step further. He separated his soul into eight pieces.

Harry (Daniel Radcliffe) being a horcrux was the biggest twist in Harry Potter and the Deathly Hallows Part 2 (2011). It was only due to the magic of the resurrection stone that he was able to return (after a quick chat with Dumbledore) and kill Voldemort once and for all.

Still don’t get it? Well, as the Redditor themselves summarizes;

TL;DR: The piece of Voldemort’s soul inside of Harry used its magic to protect him from harm. Not enough to make him invulnerable, but to avoid dangerous threats.

Could this Harry Potter horcrux theory be true?

This particular Harry Potter theory has intrigued us. It certainly isn’t the first wild theory about the Wizarding World, but it presents some seriously compelling evidence and is seemingly supported by both the books and the movies.

However, we do know that the king Death Eater was obsessed with survival, at any cost. It stands to reason that the horcrux inside Harry would be just as potent as the other seven. Besides, it wasn’t like Harry was downing vials of Felix Felicis in his childhood! How else would he so insanely lucky?

Yet, we’ve not heard a word about this from JK Rowling, so until she confirms or denies it, it’s mere fan fiction. Though Rowling has bigger things to worry about these days, so we’re unlikely to ever get an answer if this one is true.

What do you think of this Harry Potter theory? Let us know in the comments below.

Comments Off on Did the Horcrux Inside Harry Potter Protect Him?