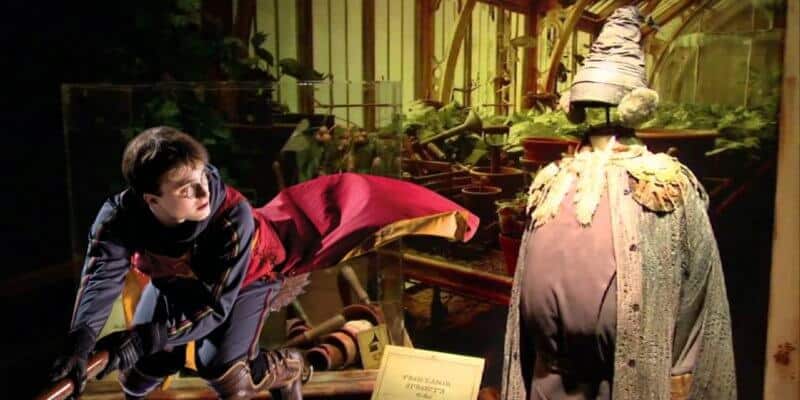 If you are a fan of the Harry Potter franchise, we have some good news for you! Although it has been a minute since we have seen the Harry Potter Wizarding World come to life. Considering “The Cursed Child” was the last text released by J.K. Rowling was in 2016, and we are still waiting to receive a third Fantastic Beasts film, many Potter fans who can’t get to a Universal theme park may be craving some magic. Lucky for us muggles, Warner Bros. has just announced that Harry Potter: The Exhibition is going to be traveling worldwide in 2022. Hogwarts, I am ready for my letter!

In conjunction with Imagine Exhibitions — who has previously produced traveling shows based around Angry Birds, King Tut, Downton Abby, and more — Potter fans will have the chance to get close with props, costumes, and be transfixed into new spaces and environments. Personally, I hope to see a recreation of Hogwarts!

Fans Of The Wizarding World Rejoice! An All-New Harry Potter: The Exhibition Is Coming In 2022

Warner Bros. Consumer Products partners with Imagine Exhibitions to create and develop An all-new magical experience that will tour around the world.

A brand-new Wizarding World exhibition is now under development and is scheduled to make its worldwide debut in 2022.

“We are honored to be entrusted with the iconic Harry Potter brand and excited to develop and share an exhibition experience that celebrates the magic of the Wizarding World,” said Tom Zaller, CEO of Imagine Exhibitions. “We look forward to working with world-class partners, promoters, and sponsors to bring an all-new Harry Potter: The Exhibition to fans around the globe.”

The initial venue for the all-new Harry Potter: The Exhibition will be announced in the coming months.

For over 20 years, the Harry Potter stories and films have captivated fans worldwide. For today’s growing community, and for generations to come, the Wizarding World connects all aspects of this magical realm, including seven much-loved novels (which have sold over 500 million copies worldwide), eight timeless Harry Potter films, the multiple Tony and Olivier award-winning stage show Harry Potter and the Cursed Child and the first two of the five-part Fantastic Beasts film series. Harry Potter: The Exhibition will deliver to a devoted and growing fanbase a comprehensive touring exhibition.

The new exhibition will celebrate the most iconic moments of the films and stories of Harry Potter, Fantastic Beasts, and the expanded Wizarding World through an immersive, behind-the-scenes exhibition experience. This groundbreaking touring exhibition will present beautifully crafted environments that honor the beloved characters, settings, and beasts seen in the films while exploring the filmmaking magic that brought them to life. Visitors will get an up-close look at authentic props and original costumes from the Harry Potter and Fantastic Beasts films as they engage with innovative, awe-inspiring, and magical environments and installations.

“We are thrilled to be partnering with the experts at Imagine Exhibitions, on this all-new Harry Potter exhibition,” said Peter van Roden, Senior Vice President of Global Themed Entertainment at Warner Bros. Consumer Products. “Everyone involved with this project is committed to bringing a masterfully crafted newly innovative Wizarding World experience to fans around the world.”

If you’re still a J.K. Rowling fan, remember you can now enjoy Harry Potter at Home!

This project is being produced by Warner Bros. and not J.K. Rowling, so will therefore focus on the Harry Potter and Fantastic Beasts franchises. It will be exciting to see costumes from the wardrobe of Harry Potter (Daniel Radcliffe), Hermione Granger (Emma Watson), Ron Weasley (Rupert Grint), and more! I just hope that they have Butterbeer available so that I can pretend I am in Diagon Alley. We just need to stay away from Voldemort.

Want a sneak peek? Here is an earlier version of the exhibit.

It seems that tickets are not yet available for purchase. Harry Potter: The Exhibition is scheduled to open in 2022.

Will you be attending Harry Potter: The Exhibition once it comes to your hometown?