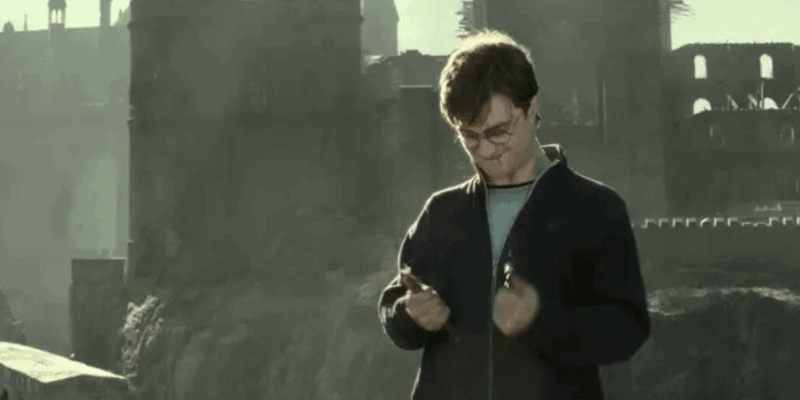 The Harry Potter franchise is arguably one of the most successful films sagas to have ever been produced, creating a huge cult following, and even a theme park land — the Wizarding World of Harry Potter — at Universal Orlando and Universal Hollywood. At the helm of the films is Harry Potter himself, Daniel Radcliffe, and we just found out that he may have had a bit of a mischievous side when it came to how he handled his wands! (And yep, there were many.)

After 10 years of filming, it’s not heavily surprising that Radcliffe would have had–or needed–more than one wand. I mean, Harry Potter intentionally snaps the Elder Wand in half, so we should give Daniel Radcliffe a break when it comes to a little breakage. But, that was until we heard how often it happened.

If you have ever seen the Youtube series ‘Hot Ones’, you know celebrities go on there and answer questions while eating insanely spicy chicken wings. Daniel Radcliffe recently went on the show and was confronted on a rumor that he broke lots of wands and his classic circle glasses while filming, which were said to be around 70 wants and 160 glasses.

“I would definitely say they are exaggerated, the glasses one massively so, I definitely didn’t break the glasses that often, at all I don’t think. The wands I definitely broke a lot because I would just like drum on my legs with it all the time, and do that incessantly and so probably like once every like three or four weeks it would just weaken to the point where it snapped. Then I would say I was very sorry to the prop master and he would give me a look like ‘Please, stop drumming.’ They were very, very sweet with us and tolerated more than I hope they would from an adult actor.”

Even if he didn’t break the glasses, to snap a wand every three weeks due to excessive thigh drumming means one of two things: either the wands were super weak, or Harry Potter is a secret drummer with thighs of steel. All I know is my Hermoine wand from Ollivanders at Hogsmeade in Universal Studios would be a tough thing to crack.

Do you think you would have broke all of the wands if you were filming Harry Potter?

Comments Off on How Many Wands Did Daniel Radcliffe Break While Filming ‘Harry Potter’?